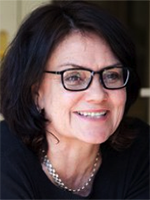 Prof. Alison Gillwald (PhD) is Executive Director of Research ICT Africa, a Cape Town-based think tank which hosts an Africa wide ICT policy and regulatory research network established a decade ago with the purpose of developing the data and analysis necessary for evidence-based ICT policy and effective regulation on the continent. She is also Adjunct Professor at the University of Cape Town's Graduate School of Business, Management of Infrastructure Reform and Regulation programme, where she convenes a doctoral and professional development executive programme. A former broadcasting and telecommunications regulator, she is involved currently in advising governments on broadband policy and regulatory bodies on competition and access regulation. Internet Governance and multistakeholderism is one RIA's current research streams. 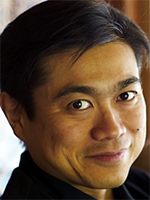 Media Lab Director, Joi Ito is a leading thinker and writer on innovation, global technology policy, and the role of the Internet in transforming society in substantial and positive ways. A vocal advocate of emergent democracy, privacy, and Internet freedom, Ito has served as both Board Chair and CEO of Creative Commons, and sits on the boards of Sony Corporation, Creative Commons, Knight Foundation, the John D. and Catherine T. MacArthur Foundation, The New York Times Company, Mozilla Foundation, WITNESS, and Global Voices. In Japan, he was a founder of Digital Garage, and helped establish and later became CEO of the country's first commercial Internet service provider. He was an early investor in more than 40 companies, including Flickr, Six Apart, Last.fm, Kongregate, Kickstarter, and Twitter. Ito's honors include TiME magazine's "Cyber-Elite" listing in 1997 (at age 31) and selection as one of the "Global Leaders for Tomorrow" by the World Economic Forum (2001). In 2008, BusinessWeek names him one of the "25 Most Influential People on the Web". In 2011, he received the Lifetime Achievement Award from the Oxford Internet Institute. In 2013, he received an honorary D. Litt from the New School in New York City. Mr. Ito served on the ICANN Board from 2004 to 2007.

Karim Lakhani is the Lumry Family Associate Professor of Business Administration at the Harvard Business School and the Principal Investigator of the Harvard-NASA Tournament Lab at the Institute for Quantitative Social Science. He specializes in the management of technological innovation in firms and communities. His research is on distributed innovation systems and the movement of innovative activity to the edges of organizations and into communities. Currently, Professor Lakhani is investigating incentives and behavior in contests and the mechanisms behind scientific team formation through field experiments on the TopCoder platform and the Harvard Medical School. Professor Lakhani's research on distributed innovation has been published in Harvard Business Review, Innovations, Management Science, Nature Biotechnology, Organization Science, Research Policy and the Sloan Management Review. His research has been featured in publications like BusinessWeek, The Boston Globe, The Economist, Fast Company, Inc., The New York Times, The New York Academy of Sciences Magazine, Science, The Wall Street Journal, The Washington Post, and Wired. 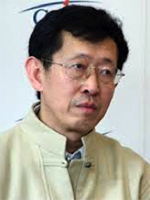 Guo Liang is director of the China Internet Project and Associate Professor at the Chinese Academy of Social Sciences (CASS) as well as a Consultant at the Internet Society of China (ISC). Regarded as one of the leading experts on Internet impact in China He began his Internet related work as a columnist, writing about and introducing the Internet in Southern Weekend, a leading weekly newspaper in China in the mid 90s. In 1997, he chief edited seven books, known as the Internet Culture Series, including one book written by himself and this led to his recognition as one of the top 10 Chinese "Netizens" in 1998. Since 2001, he has conducted surveys on Internet usage and its impact on China for the CASS China Internet Project. 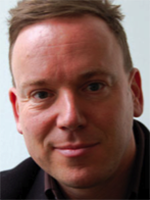 Geoff Mulgan is Chief Executive of the National Endowment for Science Technology and the Arts (Nesta) and author of the Locust and the Bee: Predators and Creators in Capitalism's Future. Geoff Mulgan is the former director of the Young Foundation, a center for social innovation, social enterprise and public policy with a 50-year history of creating new organizations and pioneering ideas in fields as varied as aging, education, healthcare and poverty reduction. Geoff has held various roles in the UK government including Director of the Government's Strategy Unit and Head of Policy in the Prime Minister's office, and he was the founder of the think-tank Demos. He is chairing a Carnegie Inquiry into the Future of Civil Society in the UK and Ireland. His most recent book is The Art of Public Strategy: Mobilising Power and Knowledge for the Common Good. 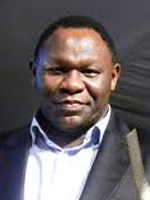 Dr. Bitange Ndemo is the immediate former Permanent Secretary of Kenya's Ministry of Information and Communication. After his tenure with the Government, Dr. Ndemo went back to his job as a Senior Lecturer at the University of Nairobi's Business School, where he teaches entrepreneurship, and research methods. Most of his research centers on small and medium enterprises in Kenya with an emphasis on social enterprise. Dr. Ndemo holds a PhD in Industrial Economics from the University of Sheffield in the UK and an MBA and bachelor's degree in Finance and Accounting from the University of Minnesota. In the early 1990s, he was a Financial Systems Analyst at Medtronic Inc., a Fortune 500 company in the USA. He is a Honorary Chair of the Alliance for Affordable Internet (A4AI) and an Advisor to the Better than Cash Alliance, a global initiative to digitize payments.