As of 6 October 2015, labels that have received comments regarding their release will be evaluated using the process described in ICANN's 11 August 2015 blog post.

Click here for the Authorization Process for Release of Two-Character ASCII Labels. 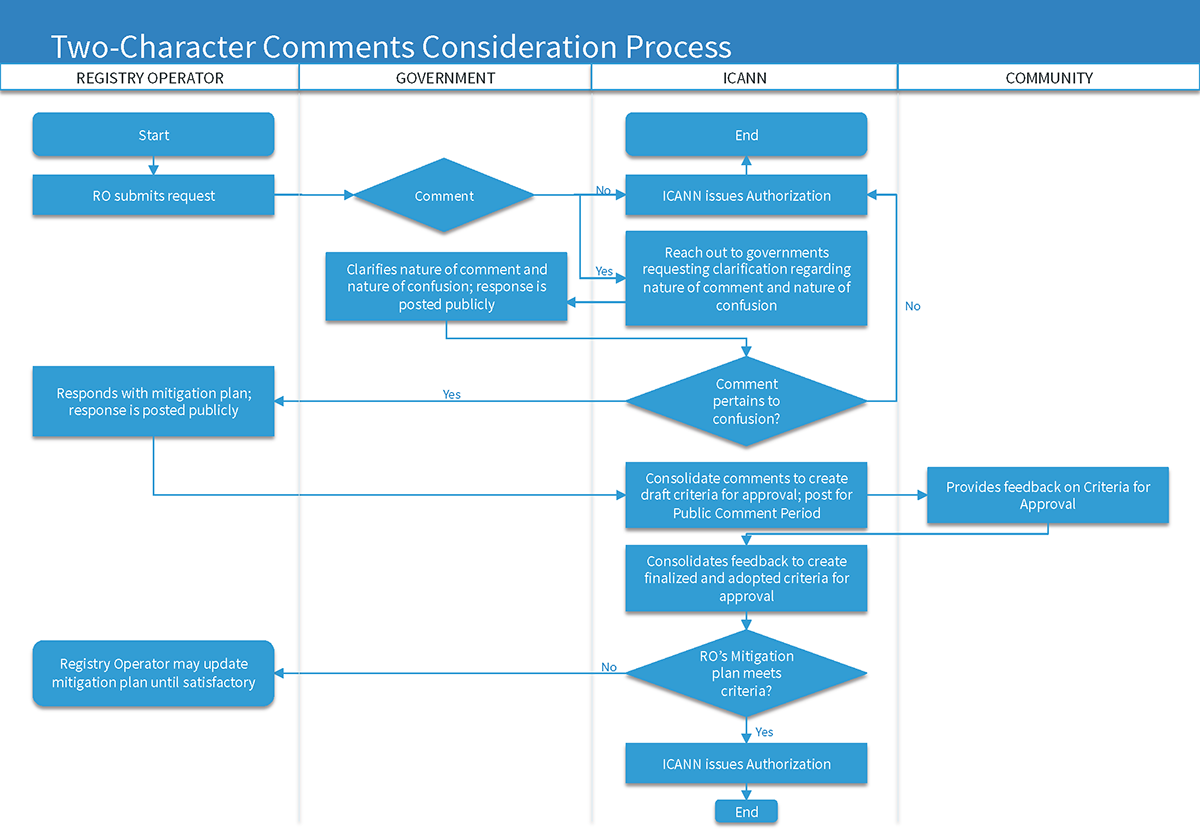