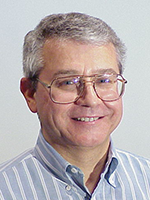 Dr. Rick Boivie, a member of the IBM Academy of Technology, has a long history of research and development in the areas of computer architecture, operating systems, networking and security. He had leadership roles going back to IBM's first Unix systems and first TCP/IP systems. He was a principal architect and then manager of the group in IBM that developed the hardware and software for the new NSFNET – which was the principal backbone of the Internet from 1988 to 1995 and increased the capacity of backbone links from 56 Kbps to 1.5 Mbps and then to 45 Mbps. This increase in capacity was a key enabler of the Internet revolution of the 1990's. More recently, he led a project to develop a highly secure CPU chip that has been used in 10's of millions of systems where very strong security is essential. 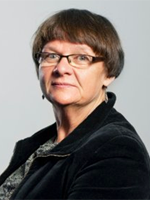 Anne-Marie Eklund Löwinder is the Chief Information Security Officer at .SE. She was ranked as one of Sweden's foremost experts on IT security by the magazine Computer Sweden. She is a member of the boards of the Council of European National Top-Level Domain Registries (CENTR), the Swedish Law and Informatics Research Institute (IRI), the Foundation for Development of Telematiques (TU-stiftelsen) and the Swedish Network Users' Society (SNUS). She is also a member of the Information Security Council of the Swedish Civil Contingencies Agency and the Digitalization Committee's expert group. Anne-Marie is one of a handful of individuals assigned as Trusted Community Representative and participates in the DNSSEC key generation for the internet root zone as Crypto Officer, appointed by ICANN. She became an inductee of the Internet Hall of Fame 2013 and received the CENTR Award Contributor of the year 2013.

Geoff Huston is the Chief Scientist at APNIC, where he undertakes research on topics associated with Internet infrastructure, IP technologies, and address distribution policies. From 1995 to 2005, Geoff was the Chief Internet Scientist at Telstra, where he provided a leading role in the construction and further development of that organization's Internet service offerings, both in Australia and as part of its global operations. Prior to Telstra, Mr. Huston worked for the Australian University system, where he led the initial construction of the Internet in Australia in the late 1980s as the Technical Manager of the Australian Academic and Research Network. Previously he was the Network Manager at the Australian National University. 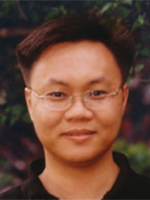 James is the CEO of Zodiac Holdings, a company focused on IDN gTLDs in Asia. James is also Chief Technology Officer of the Shanghai Synacast Media Tech. Co, a member of the Executive Committee of the Singapore Advance Research and Education Network, and a committee member of the Internet and New Media Committee of Media Development Authority of Singapore. Previously, James was a partner in Thymos Capital LLP 2007-2008, and worked as Assistant Director, Next Generation Network, Infocomm Development Authority of Singapore from 2003-2006. James is or has been involved in numerous Internet-related groups and committees including the Asia Pacific IPv6 Task Force, Internet Engineering Task Force, ICANN's IDN Registry Implementation Committee, Domain Name Technical Committee of the Singapore Network Information Center and Asia Pacific Internet Association. 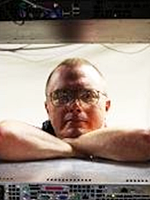 Dr. Paul Vixie is the CEO of Farsight Security. He previously served as President, Chair and founder of Internet Systems Consortium, and co-founded the Mail Abuse Prevention System and Palo Alto Internet Exchange. He also served as Chief Technology Officer of Abovenet/Metromedia Fiber Network, and on the boards of several for-profit and non-profit companies. He has served on the American Registry for Internet Numbers Board of Trustees since 2005, including as Chair in 2008 and 2009. He is a founding member of ICANN Root Server System Advisory Committee and ICANN Security and Stability Advisory Committee. 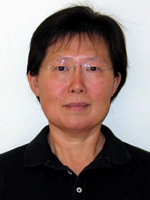 An IEEE and ACM Fellow, Dr. Lixia Zhang is the Postel Chair of Computer Science at the University of California Los Angeles, where she directs the Internet Research Lab that she founded. She is currently leading a multi-institutional effort on the design and development of Named Data Networking under US NSF's Future Internet Architecture program. Mrs. Zhang is a current Board member for Asia Future Internet Forum. Her work has had a major influence on Internet vendors, network operators and researchers, and standards developers. She was instrumental in the development of the Resource ReSerVation Protocol (RSVP), which is implemented by almost every major router vendor today for Internet resource management and traffic control applications.