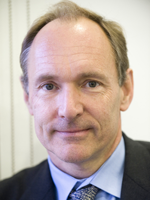 A graduate of Oxford University, Tim Berners-Lee invented the World Wide Web, an internet-based hypermedia initiative for global information sharing while at CERN, the European Particle Physics Laboratory. He wrote the first web client and server in 1990. His specifications of URIs, HTTP and HTML were refined as Web technology spread. He is the 3Com Founders Professor of Engineering in the School of Engineering with a joint appointment in the Department of Electrical Engineering and Computer Science at the Laboratory for Computer Science and Artificial Intelligence (CSAIL) at the Massachusetts Institute of Technology (MIT) where he also heads the Decentralized Information Group (DIG). 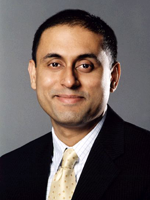 Soumitra Dutta is the Anne and Elmer Lindseth Dean and Professor of Management at the Samuel Curtis Johnson Graduate School of Management at Cornell University, New York. Prior to July 2012, he was the Roland Berger Chaired Professor of Business and Technology at INSEAD and the founding director of eLab, a center of excellence in the digital economy. Professor Dutta obtained his Ph.D. in computer science and his M.Sc. in business administration from the University of California at Berkeley. His current research is on technology strategy and innovation policies at both corporate and national levels. He has won several awards for research and pedagogy and is actively involved in strategy and policy consulting. Soumitra has co-edited thirteen annual Global Information Technology reports for the World Economic Forum on the impact of information technology on development and national competitiveness (http://www.weforum.org/issues/global-information-technology). He is the co-author of the Global Innovation Index (http://www.globalinnovationindex.org) which is published with the World Intellectual Property Organization (a specialized UN agency focused on innovation and patents) and is leading global assessment of innovation capabilities. His research has been showcased in the global media and he has received several awards including the Light of India Award '12 (from Times of India media group) and the Global Innovation Award '13 (from INNOVEX in Israel). 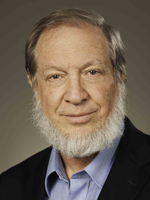 Bob Hinden was previously at Nokia where he was a Nokia Fellow, Chief Internet Technologist at Nokia Networks, and Chief Technical Officer (CTO) at the Nokia IP Routing Group.

Bob Hinden was one of the early employees (i.e., employee number 4) of Ipsilon Networks, Inc. Ipsilon was acquired by Nokia on December 31, 1997. He was previously employed at Sun Microsystems where he was responsible for the Internet Engineering group that implements internet protocols for Sun's operating systems. Prior to this he worked at Bolt, Beranek, and Newman, Inc. on a variety of internetwork related projects including the first operational internet router and one of the first TCP/IP implementations.

Bob Hinden was co-recipient of the 2008 IEEE Internet Award for pioneering work in the development of the first Internet routers.

Bob Hinden has been active in the IETF since 1985 and is the author of thirty-nine RFCs, including two April 1 RFCs. He served as the chair of the IETF Administrative Oversight Committee (IAOC) from 2009 through 2013. Prior to this he served on the Internet Architecture Board (IAB), was Area Director for Routing in the Internet Engineering Steering group from 1987 to 1994, and chaired the IPv6, Virtual Router Redundancy Protocol, Simple Internet Protocol Plus, IPAE, the IP over ATM, and the Open Routing working groups. He is also a member of the RFC Editorial Board and the RFC Series Oversight Committee. 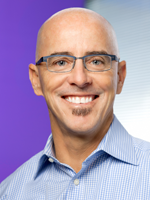 In January of 2013 Blake Irving joined Go Daddy as Chief Executive Officer and Board Director. Prior to Go Daddy, Mr. Irving was EVP and Chief Product Officer at Yahoo!, a role in which he developed and rolled out the first unified product vision and strategy for the company. During this time, he grew personal computer monthly active users from 590 million to 730 million worldwide, grew mobile users from 90 million to 220 million worldwide, delivered 180 new Yahoo web sites worldwide, rolled out new products in 23 new languages and 30 new markets. Before Yahoo!, Mr. Irving spent 15 years at Microsoft, serving in various senior roles, most recently as Corporate Vice President of the Windows Live Platform reporting to the President and collaborating with the Chief Technology Officer to form platform strategy. 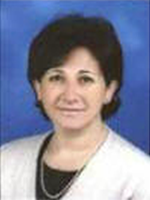 Nevine Tewfik is Head of the Research, Studies and Policies Bureau at the IR division of Mcit and Global Resource and Information Directory (GRID)'s Expert Panelist for its Middle Eastern and African Editions. With more than 20 years of experience in the fields of socio-political research, international relations and development, Mrs. Tewfik has represented Egypt in a number of international forums and conferences. Her fields of expertise are oriented towards ICT4D, Green ICT, Sustainable Development and child online safety, in addition to strategic writing and political analysis. 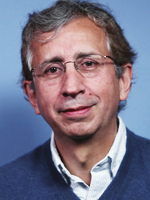 Raúl Zambrano is Global Lead and Senior Policy Advisor on ICT for Development and e-governance team at the United Nations Development Programme's Democratic Governance practice, based in New York. For the past 20 years, he has supported the deployment and use of ICT in nearly 100 developing countries to foster development agendas and promote social inclusion, working together with national governments, the private sector and civil society organizations. Mr. Zambrano's current focus is on mobile technologies and social networks to enhance access to public information, to advance service delivery for under-served populations, and to promote the participation of stakeholders in public policy and decision-making processes. He is also working on open government and open data, and the use of cloud computing in developing countries.