Interested in learning about the Identifier Technologies Health Indicators (ITHI) project? Click the image below to explore our infographic, which describes what ITHI is and outlines its benefits. 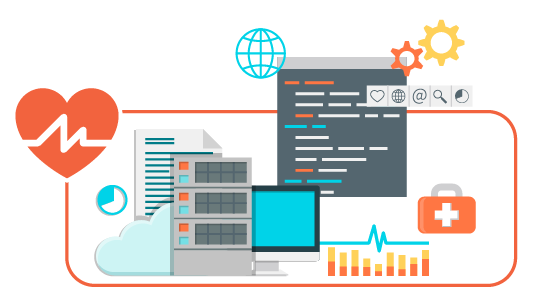 ITHI, or Identifier Technologies Health Indicators, is an ICANN initiative to measure the "health" of the identifier system that ICANN helps coordinate. The goal is to produce a set of indicators that will be measured and tracked over time that can be used to determine if the system of identifiers is overall doing better or worse. This is a long-term project, expected to run for a number of years.

WHAT IS THE SCOPE OF THE ITHI PROJECT?

The scope of ITHI is all the Internet unique identifiers that ICANN helps coordinate.

WHAT IS THE TIMEFRAME FOR THE ITHI PROJECT?

The kick-off of the ITHI project took place during an open session at ICANN55 in Marrakech on 9 March 2016. The expectation is to work with the community iteratively to define relevant metrics and track them over a long period of time. The data collection is an ongoing activity of ICANN.

WHERE CAN I READ MORE ABOUT ITHI?

The Importance of ITHI to You, and How to Participate

What ITHI Can Tell Us About Resolver Concentration

HOW CAN I PARTICIPATE IN ITHI?

Please contact us at ithi-info@icann.org and a member of our team will be in touch with you shortly.