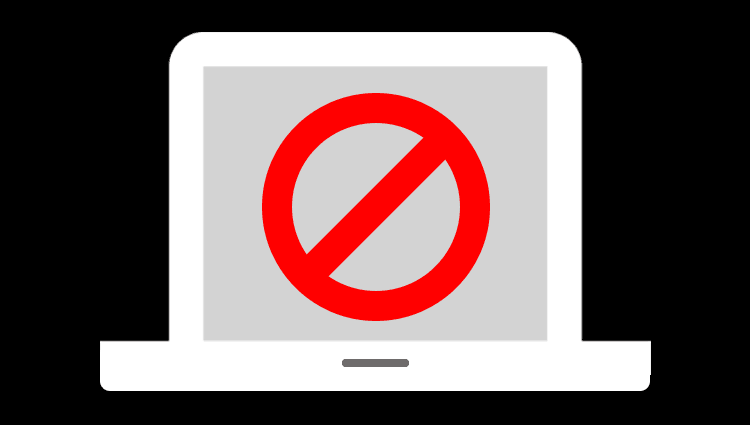 Allow me to say this clearly and succinctly – ICANN is not a global regulator of Internet content, nor should the 2013 Registry Accreditation Agreement (RAA) be interpreted in such a way as to put us in that role. Our mission is to coordinate, at the overall level, the global Internet's systems of unique identifiers, and in particular, to ensure the stable and secure operation of the Internet's unique identifiers. ICANN was never granted, nor was it ever intended that ICANN be granted, the authority to act as a regulator of Internet content.

Institutions already exist that have political legitimacy and are charged with interpreting and enforcing laws and regulations around the world. These institutions, including law enforcement (local and national police agencies as well as intergovernmental organizations like Interpol), regulatory agencies and judicial systems, have the expertise, experience and legitimacy to police illegal activity and to address difficult questions such as jurisdiction and conflicts of law. In most countries, these institutions also offer procedural due process and mechanisms for appeal and are experienced in addressing difficult issues such as the proportionality of remedies. If content is to be policed, the burden is on these institutions, and not ICANN, to undertake such regulation.

Yesterday, I published a blog informingthe community about efforts I am making to offer greater clarity regarding ICANN's interpretation and enforcement of certain key provisions of the 2013 RAA. Since ICANN 52, I have held discussions with members of the Registrar Stakeholder Group, representatives of the IPC and intellectual property owners, members of civil society, various parties that have submitted abuse reports under the 2013 RAA and other interested parties, to solicit their views on these matters. Perhaps not surprisingly, the views expressed by various stakeholders within the ICANN community regarding interpretation of the 2013 RAA are wide-ranging and divergent.  I hope the outcome of these discussions will be for ICANN to provide greater clarity on how we interpret and enforce key provisions of the 2013 RAA.

Though the appropriate interpretation of 2013 RAA is the subject of debate, there are clear-cut boundaries between ICANN enforcing its contracts and the enforcement of laws and regulations by the institutions mentioned earlier. A blanket rule requiring suspension of any domain name alleged to be involved in illegal activity goes beyond ICANN's remit and would inevitably put ICANN in the position of interpreting and enforcing laws regulating website content. At worst, it would put ICANN squarely in the position of censoring, or requiring others to censor, Internet content.

To understand why, let's consider some of the activities that are illegal in various countries. To be clear, I am not trying to single out, criticize or disparage laws enacted by any particular government. ICANN is a multinational community with diverse stakeholders, and we always need to be mindful of differences among our community members. ICANN and the ICANN community have great respect for cultural, religious and political diversity and recognize that the values of one country or religion may not be shared with another.

More than two-dozen countries, found everywhere from Western Europe to Asia to Africa, have laws or policies that penalize blasphemy, i.e., remarks or actions considered to be contemptuous of God.

Laws and regulations prohibiting hate speech are common and the enactment of such laws has been increasing in recent years.

Nearly 100 countries have laws, rules or policies forbidding defamation of religion or hate speech against members of religious groups.

More than a dozen countries have instituted laws under which holocaust denial is a punishable offense.

In some instances a website operator attempting to comply with the law regulating content in one country could run afoul of a conflicting law in another country. For example, hate speech laws in a number of countries have been interpreted to prohibit incitement of hatred or exposing a person to detestation and vilification on the basis of his or her sexual orientation. In contrast, laws enacted in other countries have prohibited use of the Internet to promote homosexuality or have outlawed content that promotes the attractiveness or normalcy of LGBT relationships.

Laws banning sexually explicit material are common. However, in some countries nude photographs or even photographs of uncovered legs and arms of women may run afoul of the law, while in other countries the same content would be considered protected free speech or artistic expression.

Many countries have laws targeted toward suppressing peaceful and legitimate domestic political opposition. In some countries it is illegal to spread "false news" about the government or public officials, produce caricatures of or make derogatory statements about public officials online, or incite dissatisfaction with the government via Internet posts. In the light of mass public protests that have brought down or destabilized governments in recent years, many countries have enacted legislation prohibiting the use of websites and social media to organize "unlawful" demonstrations and street protests.

The simple fact is that many laws in effect in numerous countries render content itself illegal. However the 2013 RAA is interpreted, it cannot mean that ICANN is responsible for making factual and legal determinations as to whether content violates the law. ICANN cannot be put in the position of requiring suspension of domain names on the basis of allegations of blasphemy, hate speech, holocaust denial, political organizing, full or partial nudity or a host of other content that may be illegal somewhere in the world.  That would be inconsistent with ICANN's mission, ICANN's limited remit and ICANN's responsibility to operate in accordance with a consensus-driven multistakeholder model.

I am not suggesting that ICANN abdicate any of its responsibilities. Rather, I am suggesting that ICANN needs to remain within the scope of its limited responsibilities, remit and authority, and not step outside those boundaries. ICANN's mission and mandate, as set forth in its bylaws, is "to coordinate, at the overall level, the global Internet's systems of unique identifiers, and in particular, to ensure the stable and secure operation of the Internet's unique identifiers." ICANN's mission statement sets forth a limited remit that is largely technical in nature. It says nothing about ICANN being empowered to act as a global regulator of content and illegal activity throughout the world.

The Role of Other Institutions

If a website is alleged to violate a law governing content in a particular country, the institutions that have the legitimacy and authority to decide whether the content in fact violates the law, and to impose appropriate remedies, are local law enforcement, regulators, prosecutors and courts, not ICANN. No one has vested in ICANN the authority to act as judge and jury, to make factual and legal determinations and to impose remedies for violations of laws or regulations in every country around the world. ICANN does not have the authority, expertise or resources to do so.

The regulation of content by governments raises complex substantive and procedural issues. Consider website content, such as pornography or banned political speech, that may violate content laws in Country X. If the domain name holder is located in Country A, the website operator in Country J and the web hosting company in Country Z, all of them may assert that they are not subject to the laws of Country X and not subject to the jurisdiction of its courts. Judicial systems are the institutions equipped to deal with these difficult issues, not ICANN.

Note, also, that the suspension of a domain name is tantamount to injunctive relief and may put a website operator out of business. Legal systems in many countries consider this an extraordinary remedy that would only be imposed after an adversarial hearing, procedural and substantive due process, and cautious assessment by the court of whether it is an appropriate and proportionate remedy for the alleged violation of law, or whether a less onerous remedy would sufficiently address the violation. It is neither reasonable nor appropriate for ICANN to bypass the institutions that are charged with making these determinations and to impose unilaterally a remedy that might or might not be available through the judicial system, particularly where ICANN has no direct contractual relationship with the impacted domain name registrant or website operator.

Significantly, the institutions charged with investigating violations of the law also have substantial resources, expertise and personnel to undertake these activities: the F.B.I. in the United States has approximately 35,000 employees, and India and China each has more than 1.5 million people in their respective police forces.

In contrast, ICANN has total staff of slightly more than 300 people, and only about two-dozen involved in contractual compliance. ICANN has no contractual relationship with registrants or website operators and no investigatory or subpoena power over them. Neither ICANN nor registrars have any ability to edit or remove content from websites. It is simply unrealistic to place the worldwide burden of policing illegal content on websites on ICANN.

Are Some Illegal Activities Different Than Others?

I hope this blog has helped to clarify why ICANN is not and cannot be a content regulator. My goal is for this and future postings to be catalysts for ongoing discussion among the ICANN multistakeholder community, and I welcome all of your thoughts. ICANN's contractual compliance department will be conducting a number of sessions at ICANN 53 in Buenos Aires. I encourage you to attend, and please reach out to me at one of these sessions, in the hallway, or after ICANN 53 if you would like to discuss any of these issues.

Good to see ICANN resists censorship maintains such a policy. 2013 RAA continues to be litigated and efforts to remove websites will be challenged. Best to ICANN's effort to protect speech and commercial use of websites that makes this world go around! Darren_Chaker