A 1998 IANA Technical Seminar I Will Never Forget 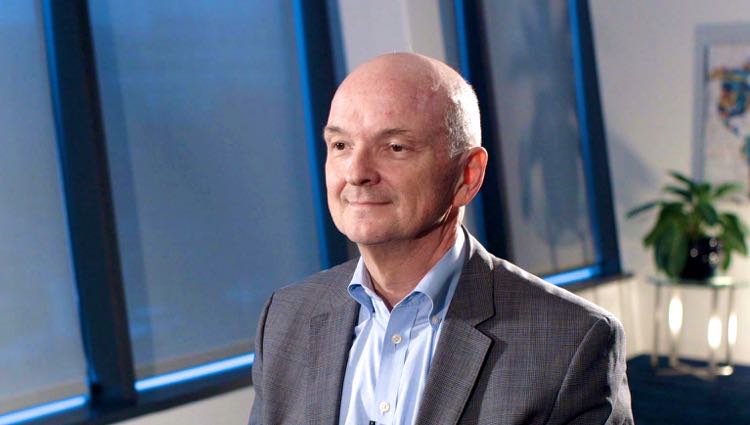 (NOTE: Louis Touton was ICANN's first employee. He served as ICANN's Vice President, General Counsel and Secretary. His blog is one of a series of occasional pieces written by some of ICANN's early pioneers. They afford us a look back to the early days of ICANN, as we commemorate its 20th anniversary. These blogs by the pioneers are being posted to both ICANN.org and CircleID.com.)

In 1998, I was a lawyer working at Jones Day in Los Angeles, specializing in patent lawsuits. Specifically, I was a member of Jones Day's Technology Issues Practice, which sought to assist companies becoming involved in computer and communications technologies, including the Internet.

Meanwhile, in early May the Internet Assigned Numbers Authority (IANA) was preparing to transition its home base from the University of Southern California's Information Sciences Institute (ISI) to a new, independent and not-for-profit organization.

Zita Wenzel (Jon Postel's colleague) sent an e-mail to several law firms asking for one to volunteer, on a pro bono basis, to help with the transition. We volunteered, and arrangements were quickly worked out for Jones Day to provide legal support for the transition.

The U.S. Department of Commerce's Statement of Policy on Management of Internet Names and Addresses (aka the "White Paper"), was about to be released, on June 5, 1998.

Dr. Postel originally envisioned that Jones Day would help by setting up the new corporation, securing not-for-profit status, handling litigation, insurance, and antitrust tasks. But the assignment was unprecedented, so no one knew with certainty exactly what would be required.

In the beginning, we interacted with Dr. Postel and his colleagues by e-mail and telephone. But it soon became clear that the legal team needed to learn many details about what tasks IANA performed, and how it did them in conjunction with other entities, such as the Internet Engineering Task Force (IETF), Regional Internet Registries (RIRs) and Network Solutions. In short – we needed a tutorial.

This is how I came to attend an "IANA Technical Seminar" held to educate the legal team in a Marina del Rey conference room on June 16, 1998. For several hours Dr. Postel explained how the Internet operated, how various entities interacted to make it work, and how these arrangements had been developed since the late 1960s.

The seminar marked the first time I met Postel in person. As I expected, he gave a detailed and expansive technical explanation of the how the Internet operated. With blistering speed he explained IPv4, the Domain Name System (DNS), and how protocol parameters, addresses, and domain names were assigned. It was quite helpful, and his clarity impressed me.

But, what truly surprised me was Postel's telling of the culture he had been part of for three decades: how network engineers, often with sharply different opinions about technical issues, had come to interact collaboratively by hewing to their common goal of making the Internet work, acting with mutual respect and setting aside questions of blame.

What struck me most vividly was his recognition that times were changing. He knew that newcomers – businesses, governments, individuals, and civil society – brought new concerns and outlooks that affected the functions the IANA had been performing. He knew these newcomers often focused on social and commercial, rather than just technical, matters. He knew their opinions differed from his in some ways, but he recognized that they had legitimate interests that were newly relevant.

Dr. Postel knew that in the new environment establishing an organization to take over the IANA functions would be challenging and even contentious. He expressed hope however, that the new organization could succeed if it embraced a culture of inclusion and mutual respect, with a focus on ensuring that the Internet evolve to benefit all. To me it seemed remarkable that he had mentally adjusted so thoroughly to the prospect of an entirely new environment.

As Dr. Postel predicted, the path to establishing this new organization (ICANN) was contentious. Unfortunately, Dr. Postel never saw the final fruits of his labor. He tragically died four months later, before the final completion of ICANN's formation. His death definitely complicated the process of establishing ICANN in those early years.

In the end, just as Dr. Postel said, by following a path of inclusion, ICANN in fits and starts, has provided a qualitative mechanism for stakeholders, with their differing perspectives and opinions, to advance the promise of the Internet.