The CCWG: From Buenos Aires to Paris to Dublin 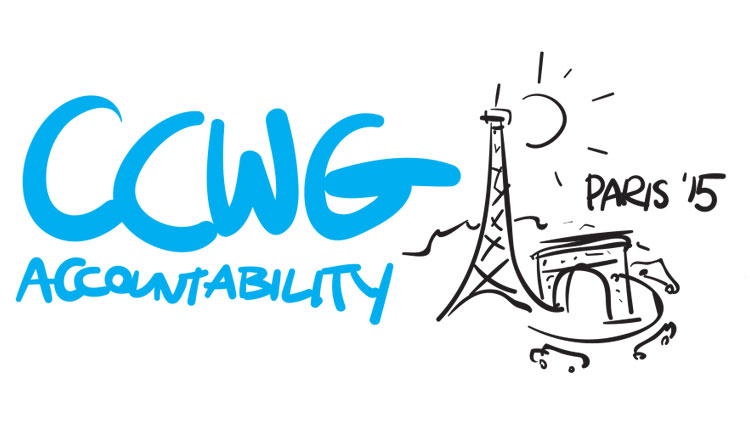 The community has been putting in an enormous amount of work on the Transition proposals. The CWG on Stewardship of the Names completed its proposal and forwarded it to the ICG for coordination with the proposals from the Numbers community and from the IETF. Stellar work all around and kudos to everyone! The ICG now has the important work of reconciling the three proposals, putting out the proposal meeting the criteria set out by NTIA for public comment, and finalizing it for submission to the ICANN board to transmit to NTIA.

In parallel, of course, is the all-important work of the CCWG on Accountability. The meeting of the CCWG in Paris later this week is focused on reaching consensus on the necessary components of Work Stream 1, including the topics relevant to the CWG, and determining the elements of the final proposal. It will take a while longer for all the pieces to come together, and the CCWG leadership is saying they will have their proposal out for public comment in time for public comment feedback and for the chartering organizations to approve around ICANN 54 in Dublin this October.

At ICANN 53 in Buenos Aires U.S. Commerce Dept. Assistant Secretary Larry Strickling stressed two points. He emphasized that the proposal should add only the minimal amount of extra structure and not introduce undetermined risks. He also observed that time really does matter at this point. A proposal around the Dublin meeting –preferably before or during, instead of after – will facilitate getting the transition completed by the end of the 2016 U.S. Government fiscal year, i.e. September 30, 2016.

I am in complete agreement with these concerns, and the opportunity to meet the time frame to complete the transition. A key step once the proposals are complete is to amend our bylaws in accordance with the proposal. Legislation currently before the U.S. Congress will require Secretary Strickling to confirm that Bylaws changes have been adopted to give effect to the proposals. Both the CCWG and the CWG have started considering how the Bylaws will be drafted – including inputs from many parties during the drafting process. It takes formal action of the ICANN Board of Directors to actually change ICANN's Bylaws. Amending bylaws is not a quick or automatic process. Our rules and standard operating procedures include two separate resolutions, one to formally announce an intention to amend the bylaws, which is then followed by a posting of the proposed changes and a public comment process, and a second to adopt the changes if the public comment process has resulted in general acceptance and approval.

The situation this time is unusual, of course. Hundreds of hours of meetings, thousands of emails, tireless community work will have gone into developing draft documents. The Board is committed to working as quickly as it can – while remaining true to its processes – to consider the proposals and approve the associated Bylaws where needed. The Board has already committed to principles about how it will consider the accountability recommendations, and we remain committed to those principles and to supporting the accountability process.

I have previously promised that we will not raise any issues or objections after the proposals have been completed that we had not raised previously. We will honor that promise.  We will continue to participate in the accountability work, and contribute to public comment, as we have in the past. We will also honor our pre-existing and overarching commitment as directors to act in the best interest of the Internet, and I think that puts us in the same place as Secretary Strickling – the Accountability proposal should add only the minimal amount of extra structure and not introduce undetermined risks.

We are very much looking forward to the upcoming face-to-face meeting of the CCWG-Accountability in Paris. Several board members will be there in person, and some others will participate remotely. We look forward to having further opportunity to comment on the proposal, and to support the implementation steps.

That being said, I would continue to encourage that Work Stream 1 needs to be focused solely on the accountability enhancements most closely tied to the transition, with further enhancements in Work Stream 2. I know the CCWG-Accountability takes its work very seriously, and I welcome the dialogues and exchanges that are occurring with all community members, including the ICANN board, as the CCWG seeks to reach consensus on key areas for the transition. I have full confidence that the CCWG is aiming to keep things on track and in line with the ICG proposal, and I am sure everyone will be working to deliver a strong viable CCWG-Accountability Work Stream 1 report around ICANN54 in Dublin.

The transition of the stewardship of the IANA Functions is not the last change that will take place within ICANN. ICANN is continually evolving, and despite the sense some have that this is the last opportunity to improve ICANN, it most assuredly is not. I expect continual change over the coming years, driven by both our environment and experience on how to improve ourselves.

We look forward to using this time in Paris to contribute constructively, and I am sure we will wisely strengthen and enhance what we have built together and what the world has come to trust. The world is watching us and the time is now to get this done correctly.