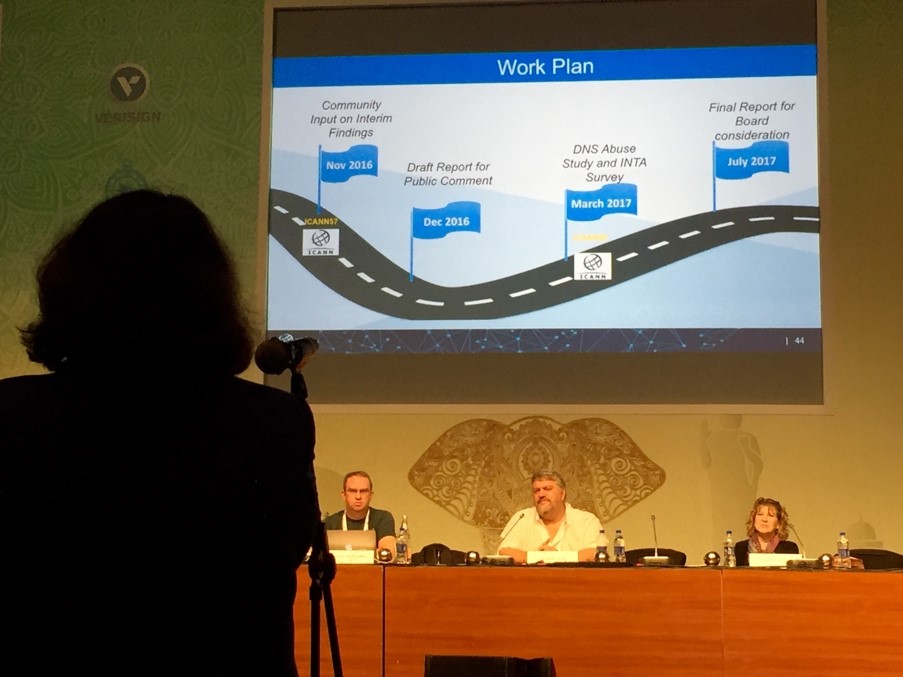 The Competition, Consumer Trust and Consumer Choice Review Team (CCT-RT) just concluded a week of meetings at ICANN57 in Hyderabad. The CCT-RT held two days of face-to-face meetings, an engagement session with the ICANN community, a meeting with the ICANN Board as well as several Chair updates to ICANN Supporting Organizations and Advisory Committees (SO/ACs) to share its preliminary findings.

What were the Three Major Achievements of this Meeting?

At a high level, it appears that nothing dramatic has occurred from the standpoint of increased competition or cost. Overall, the sense is that the Program is moving in the right direction. This is based on the following key findings:

One thing that has become clear to the CCT-RT is the need for additional data to be collected and curated by ICANN on a more regular basis. A large part of the recommendations will involve the need for robust and complete datasets for future review teams, outside analysts and policy development teams.

What are next steps for the Review Team?

The CCT-RT will take research findings and community recommendations and spend the next 6 weeks building a draft report. The report will be posted for public comment in December 2016. While the Review Team already has data from studies and surveys that serve to inform its work, it is hoping to factor additional reports into its final report, as outlined in the graphic below. 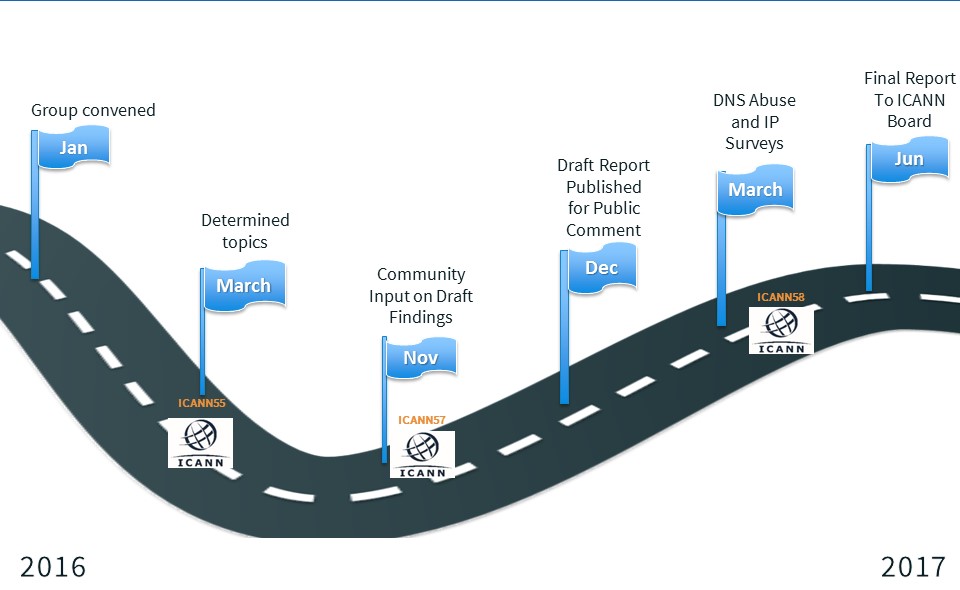 What is the next opportunity for Community members to observe/participate?

The CCT-RT will be seeking public comment on its draft recommendations in December 2016. In the meantime, it welcomes any feedback you may have and invites you to share your view via input-to-CCT-RT@icann.org (publicly archived mailing-list).

2 Data is based on BRDA registration data from April 2016

Nice, thanks for sharing