International Security and Diplomacy in Cyberspace 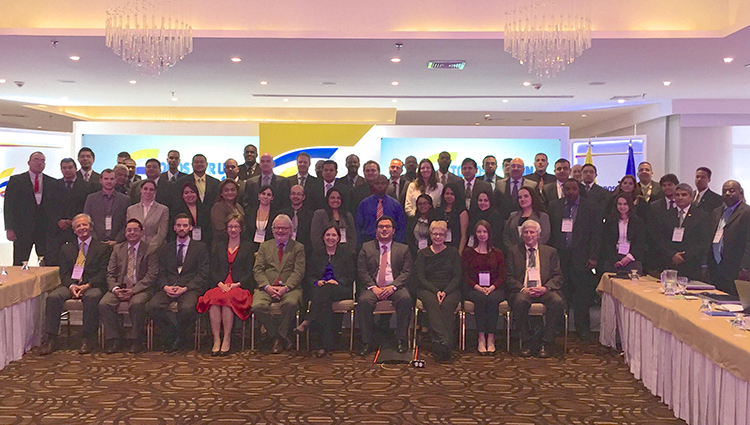 The Colombian ICT Ministry, along with the Organization of American States (OAS) and the ICT4Peace Foundation organized an event called "International Security and Diplomacy in Cyberspace", that took place in Bogota on November 18-20. The governments of Canada, the United States and the United Kingdom, as well as the International Committee of the Red Cross, the Organization for Security and Cooperation in Europe, the International Institute of Strategic Studies, Simon Fraser University in Vancouver Canada and the Simons Foundation also participated.

The main topic of the event was "confidence building measures" (CBMs) on cyber issues. CBMs are usually defined as measures that allow countries to gather to discuss, prevent and resolve issues that generate uncertainty among states and that often result in increased trust and de-escalation of conflicts and hostilities.

The event brought together representatives from 27 countries from Latin America and the Caribbean, who received ample information regarding international law, policy development, building trust among states and the role that regional and international organizations can play. They also participated in a simulation exercise directed by Professor Paul Meyer of the Simon Fraser University.

Thanks to the kind invitation by the OAS's Cyber Security Program, I attended the event representing ICANN and participated as a panelist discussing legal and technical issues related to infrastructure protection. Given the role that we at ICANN play, focused on maintaining and improving the security, stability and resiliency of the Domain Name System or DNS, I had the opportunity to share the everyday experiences of our  Security, Stability and Resiliency Team with regards to the relationships that should exist between the private sector and law enforcement agencies, as well as with regards to the creation of "trust communities" – a must in every type of fight against online malicious activity that almost always involves the abuse or misuse of DNS resources.

It was an excellent opportunity to exchange information and experiences with colleagues from so many countries, and for the region to be able to discuss an issue that is long overdue. It was also a chance to share a good cup of coffee with friends, both old and new.

The path ahead on cybersecurity awareness in Latin America and the Caribbean is long. However, what's important is that the region is moving forward. As for ICANN, we will be there as an organization, providing any assistance required so that the operators of the Internet infrastructure in the region, law enforcement agencies and the security community walk that path together at a steady pace.