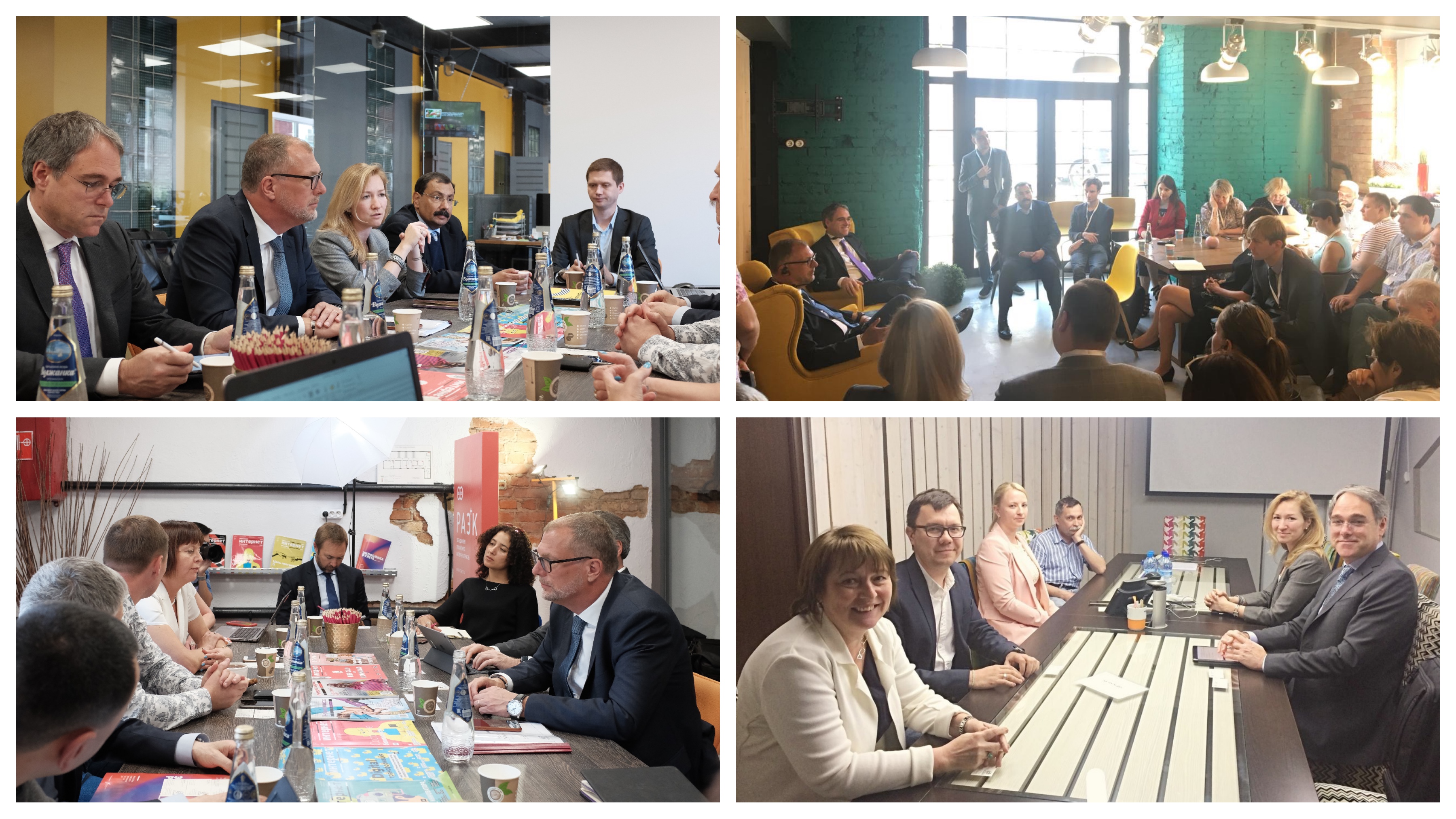 Göran Marby, President and CEO, ICANN, was in Moscow, Russia, from 22-24 May for a series of meetings with the Russian Internet community. He was joined by David Conrad, Chief Technology Officer, and Tarek Kamel, Senior Vice President for Government and IGO Engagement, and myself.

This was the ICANN organization's first high-level visit in over five years. It was also Göran's first visit to Moscow and Eastern Europe and Central Asia region as a whole, as ICANN President and CEO. The delegation learned firsthand about the community's priorities and discussed how to foster local participation in ICANN.

During the trip, the delegation met with the local Domain Name System (DNS) community. A working meeting was organized with the Coordination Center for National Domains, .RU/.РФ, Russian ccTLD registry, which runs .RU, the ninth TLD and the fifth ccTLD by the zone size, and .РФ - the biggest IDN. We had a rewarding Q&A session with members of the local ccTLD and gTLD DNS market and security firms partnering with the ccTLD. Both were hosted by the Russian Association of Electronic Communications (RAEC), a digital business association that brings together over 150 local market players.

Throughout the meetings, Göran emphasized that engagement with diverse communities is an essential part of the global ICANN strategy. Cyrillic is one of the most popular non-Latin scripts on the internet, and local internationalized ccTLD (.РФ) and gTLDs (e.g. .москва, .рус, .дети) are successful. He added that "Russia plays an important role in the digital world, and we would welcome more engagement from the Russian Internet community and more expertise from this country in the global ICANN ecosystem."

David also participated in the St. Petersburg International Economic Forum, presented a lecture at the Higher School of Economics on the ICANN technical mission and spoke at Yandex's conference about the root server system and its evolution (see the recording from 1:28 here).

We held meetings with the Russian Ministry of Digital Development, Telecom and Mass Communications, a member of ICANN's Governmental Advisory Committee (GAC) and the President's Executive Office representatives overseeing the digital agenda. In both meetings, we had an open exchange of ideas. ICANN confirmed its commitment to the security and stability of the global DNS.

During the trip, the Coordination Center for national domains .RU/.РФ, one of our long-standing and most active partners for ICANN engagement in the region, confirmed that it will host the third Eastern European DNS Forum (EEDNSF) in Moscow at the end of 2018. Previously held in Ukraine and Belarus, the EENDSF aims to bring together the local DNS community in the region and we are happy to see Russia take over the baton and invite the community to join us there.

The many dialogues we held have provided a good basis for further cooperation with various stakeholders in Russia, including the DNS industry and cybersecurity organizations on DNS abuse prevention and mitigation, as well as further communication, capacity building and mutual data exchange. At the same time, this visit to the region is part of our outreach to drive increased participation in ICANN through better understanding of its interests and priorities. Our collective success demands deeper engagement and innovation as we set the regional agenda for the coming years in Eastern Europe and Central Asia.