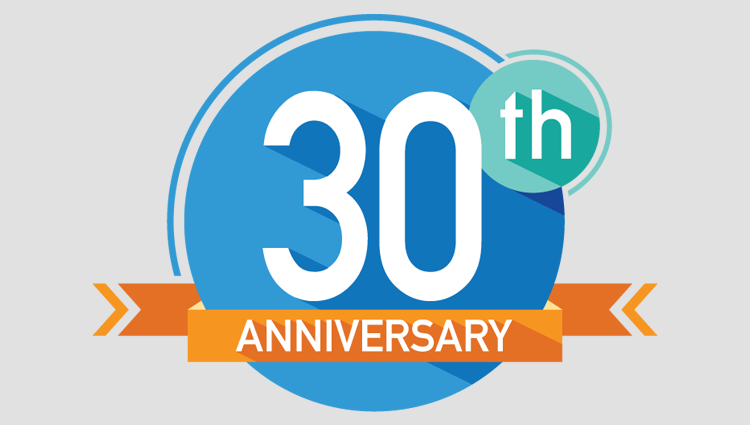 Thirty years ago in 1985, the Internet was in its infancy. Apple's personal computer, the Macintosh, had only been on the market for a year, and the online service that eventually became AOL was readying its launch. It was during this time, on March 15th, that the first second-level dot com domain, symbolics.com, was introduced online, marking the beginning of the modern Internet.

Despite enormous promise, the future of the Internet at this time was uncertain. According to a report from ITIF [PDF, 2.2 MB], a non-profit and non-partisan think tank, a lack of subscribers and underdeveloped technical infrastructure hindered widespread adoption of the Internet. It was not until a decade later in the mid-to-late 90's, when consumer demand and Internet speeds for home and business use had significantly improved, that usage rates began to steadily grow and the Internet began its trajectory toward becoming entrenched in people's everyday lives. Now, we have an entire generation of people who do not know life without the Internet.

Today, the Internet helps connect around 3 billion people. This rapid pace of growth is expected to increase, particularly in developing countries where growth rates continue to be three times as high [PDF, 1.7 MB] as those in developed countries.

In 2013, we began to expand the Domain Name System through the New gTLD Program in an effort to expand choices available to Internet users as they claim their online identities. Now, over 500 top-level domains, nearly half of those expected, have been delegated globally. Through the New gTLD Program, we've seen new domains of every type and flavor, serving to enhance innovation, competition and consumer trust. The presence of new regional domains (e.g., .amsterdam, .osaka, etc.) instantly lets users know where businesses and organizations are located, while cause-focused domains allow visitors to raise funds and awareness for their issues with the click of a button. Most meaningful for new users from developing countries are the introduction of Internationalized Domain Names (IDNs) in scripts such as Arabic, Chinese and Cyrillic, which now allow millions of Internet users to communicate on the web in their native languages. The first domain through the New gTLD Program, dot shabaka - meaning "web" in Arabic - was an IDN.

As we celebrate 30 years of second-level domain names, and think about how far we've come, it's exciting to know that we as a global Internet community are working together to again make history.