LOS ANGELES – 23 May 2017 – ICANN announced today that Bryan Schilling will be joining as the organization's first Consumer Safeguards Director, reporting directly to Jamie Hedlund, SVP Contractual Compliance and Consumer Safeguards. Bryan brings over 15 years of international law and government affairs experience to ICANN, the majority of which is derived from working on data privacy and technology issues in the global law enforcement and security space. 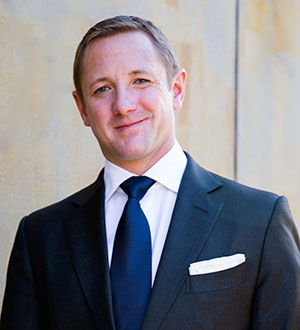 Speaking about the role, Schilling commented, "Over the years, I've developed a passion for finding ways to balance the competing rights and needs of individual users, businesses, intellectual property owners and law enforcement."

He went on to add, "I'm excited to bring that passion to Jamie's team and to the ICANN community to raise awareness of ICANN's current safeguards, facilitate discussion across stakeholders concerning additional ways ICANN could potentially improve its safeguard mechanisms and help the community formulate other collaborative means to address illegal, infringing, and abusive activity impacting the DNS."

A wide array of strong, experienced candidates applied for the role, but Schilling stood out due to his work on Internet public policy issues with industry, civil society and government. "Bryan's experience, energy and passion are a great addition to ICANN," said Hedlund. "He will hit the ground running, meeting with stakeholders in Johannesburg and afterwards to catalyze the community discussion on consumer safeguards. Bryan will apply his strong analytical and engagement skills to facilitate community dialogue on the efficacy of existing consumer safeguards, potential enhancements, limits on ICANN's authority and expertise, and voluntary initiatives to combat abuse."

For several years, Bryan served as an Assistant General Counsel with the United States' Federal Bureau of Investigation's (FBI) Office of General Counsel. Working in the agency's National Security Law Branch, he collaborated with U.S. and international law enforcement officers, prosecutors and analysts on cross-border terrorism matters. He also provided legal support to criminal and cyber investigations including matters impacting the Internet and the Domain Name System.

After the FBI, Bryan went on to work for global technology and manufacturing companies, including Microsoft and Google. In those roles, he worked with his colleagues, non-governmental organizations, industry counterparts and government agencies on cross-border regulatory compliance matters, cybersecurity, privacy, transparency, and legal issues surrounding government access to user data.

Bryan began his legal career in private practice in Washington, D.C. and he is a graduate of the George Washington University School of Law and the University of Cincinnati's College of Arts and Sciences.