The Registry Services Evaluation Policy (RSEP) process is the mechanism registry operators use to request ICANN's approval to add or modify a registry service. ICANN evaluates proposed services for potential effects on security, stability, and competition. This page provides information on statistics for recent RSEP requests and a historical look at the RSEP. The RSEP policy can be read here. To find more information regarding RSEP requests, please see the RSEP Requests webpage.

An initial analysis report was published in May 2016 and later updated in August 2016 containing partial data from 2016 requests. This report includes cumulative data through December 2017.

Overview of the RSEP Process Steps and Statuses

Below is a general overview of the RSEP process steps. For a more detailed view, refer to the workflow here: https://www.icann.org/resources/pages/workflow-2012-02-25-en. This analysis excludes those requests that have been withdrawn before they reached ICANN Review (step 3).

Completeness Check: ICANN reviews the request for sufficient information to evaluate Security, Stability and competition effects of the proposed service. The RSEP request remains confidential during this step.

ICANN Authorization: If the request does not raise significant Security, Stability or competition issues, ICANN issues the appropriate authorizing document(s) to enable the registry to implement the service in accordance with their registry agreement.* 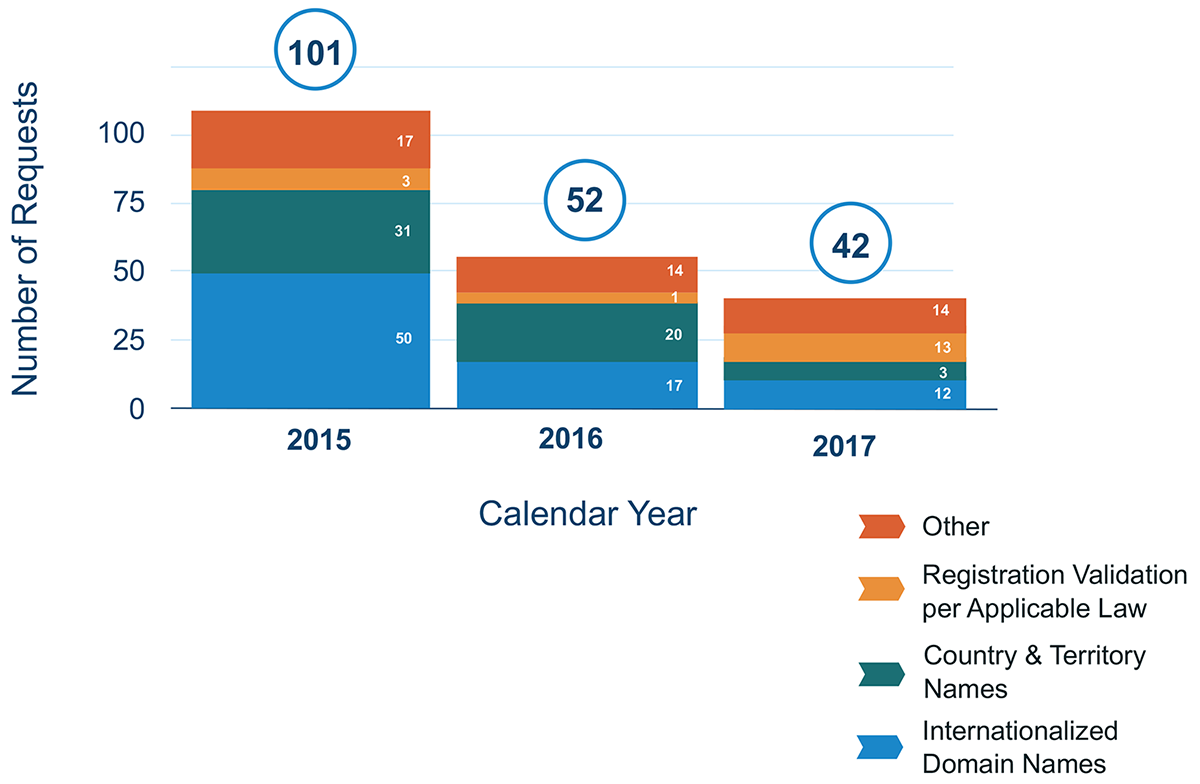 195 total RSEP requests were received and published 2015 through 2017, categorized as follows. 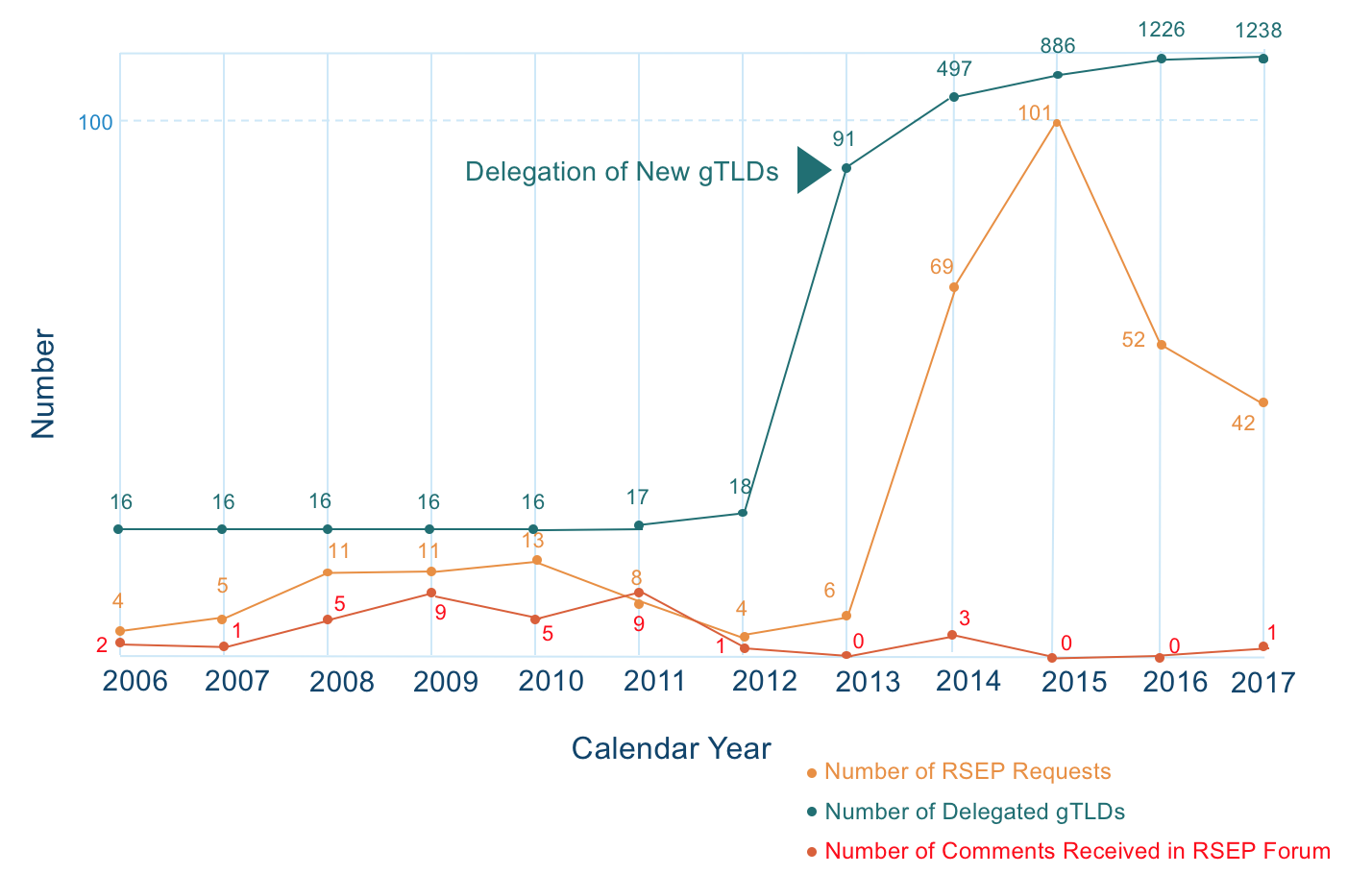 Community comments in the RSEP Forum

Once an RSEP request reaches step 3 as shown in the overview above, it is available for comment by the community via the RSEP comment forum (http://forum.icann.org/lists/registryservice).