The Registry Services Evaluation Policy (RSEP) was developed through ICANN's consensus policy development process, and adopted by the ICANN Board on 8 November 2005. Each gTLD Registry Agreement identifies the RSEP process as the mechanism to add, modify or remove a registry service. 'Registry service' is defined in the Registry Agreement and in Section 1.1 of the RSEP at http://www.icann.org/registries/rsep/rsep.html. ICANN evaluates the proposed service for its potential effect on Security, Stability or competition as they are defined under the RSEP.

ICANN began receiving RSEP requests in 2006. Information regarding all requests for registry services that have been published by ICANN can be found at https://www.icann.org/resources/pages/rsep-2014-02-19-en

Below is a high-level illustration of the RSEP process steps, associated statuses and service level targets. At any time, a RSEP request can be withdrawn or cancelled. In order to fulfil ICANN confidentiality obligations, the scope of this analysis excludes those requests that have been withdrawn before they reached ICANN Review (step 3) at which time the request is published on the page referenced above. 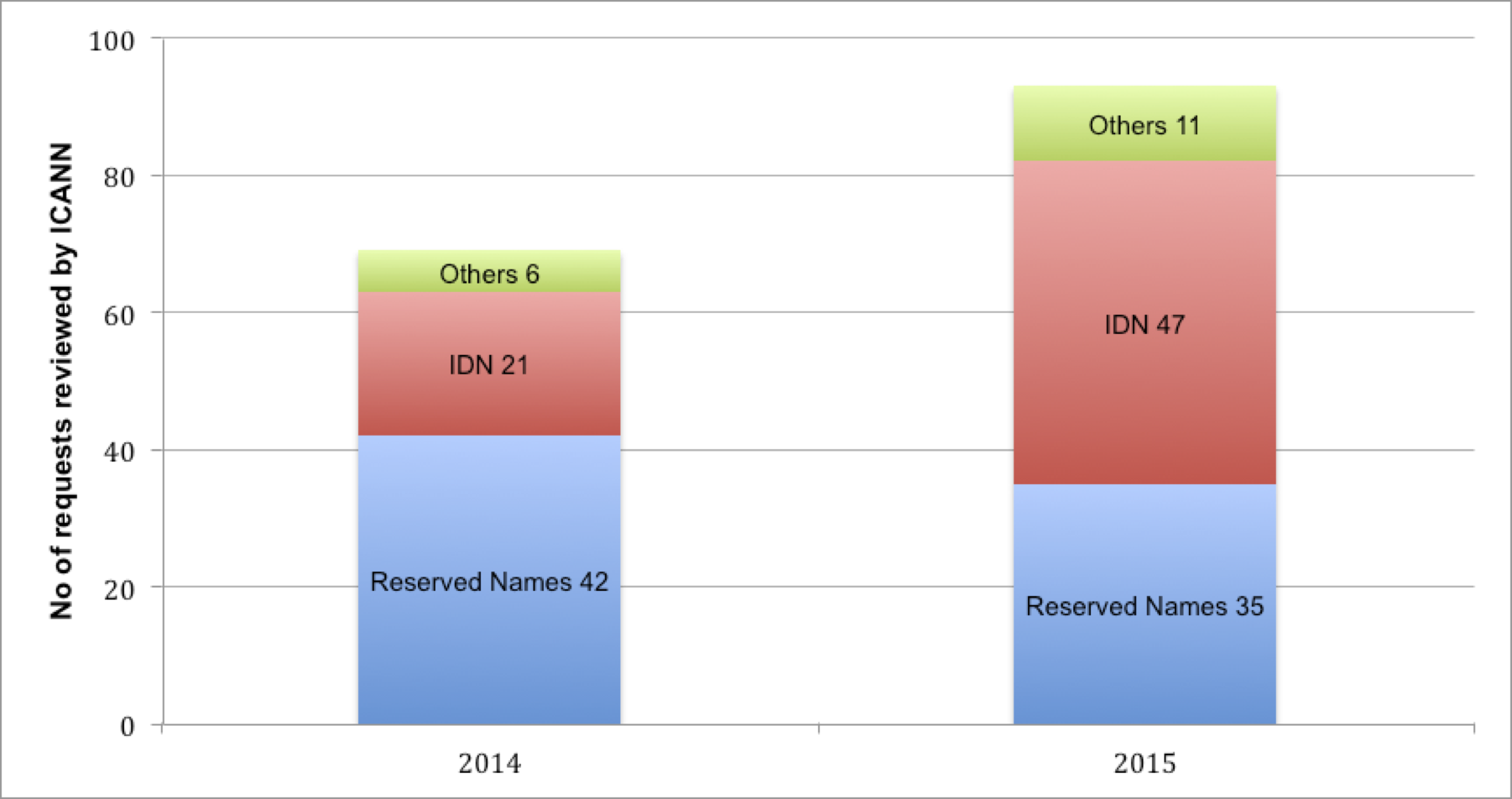 Below is a list of published RSEP requests, by service type, received from 2006 through 17 March 2016. Please refer to Appendix 1 for a detailed breakdown of requests.

Through 2013, the average number of published RSEP requests per year was 7. RSEP requests in 2014 and 2015 increased significantly due to the following factors;

The table below shows a summary of all the requests' statuses as of 17 March 2016.

** Status on RSEP is approved, and proposed amendment had been posted for Public Comment (https://www.icann.org/public-comments)

ICANN offers an open comment forum ("the RSEP forum") for the RSEP process or proposals for new registry services published at https://www.icann.org/resources/pages/rsep-2014-02-19-en. Comments submitted to the RSEP forum may be viewed at http://forum.icann.org/lists/registryservice.