Reflections On Our Recent Sustained Awareness Campaigns in Africa 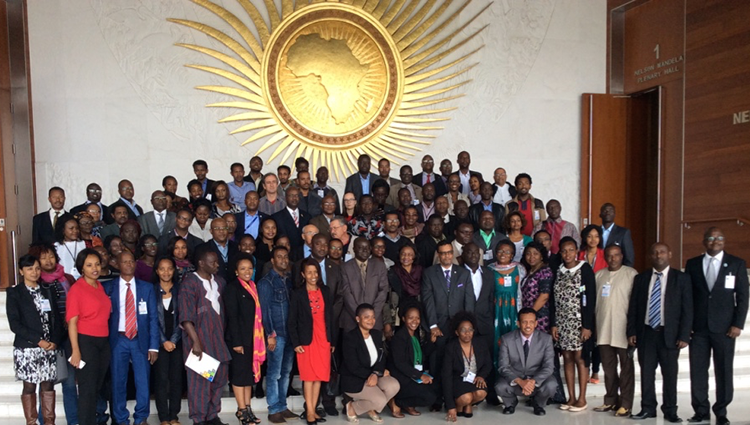 By now, it is quite clear that the IANA Stewardship Transition will go down in history as one of the most significant global processes in the Internet ecosystem since the invention of the Internet. This message has become familiar in virtually all spheres of the Internet governance (IG) debate, both regionally and globally.

The last three months have been some of the most intense, resulting in the final draft of consolidated proposals by both the ICG and the CCWG-Accountability. By the end of the two public comment periods in early September, over 150 and 90 comments were received for the two respective proposals – an incredible response from the global community. What a marathon! We all share our congratulations and compliments to the global multistakeholder community for their dedication and hard work, and for the tremendous progress made so far, in this elaborate, inclusive and bottom-up process.

As an important part of this global community, Africa has strived to stay involved in this process, but has faced significant challenges in doing so. The most critical of which remains broadband infrastructure reach coupled with high cost and low quality of connectivity. "Give us Internet and we can discuss how to govern it…" were the words of one digital economy minister during a panel on IG at a recent Internet Governance Forum (IGF) meeting. Due to the critical nature of this process and the need for Africa to ensure that their voice is heard and influence felt, ICANN staff stepped up their engagement efforts in the region with a clear focus of increasing awareness and motivating participation in this important process.

Indeed, over the last three months we have seen volunteers participate with us, in over 15 national and regional meetings while presenting and speaking on panels and workshops on the topic of the IANA Stewardship Transition. We could single out our participation and sponsorship in some of these key events such as the regional IGFs in West Africa, Central Africa, East Africa and the upcoming Southern Africa regional IGFs. ICANN staff were also proud to participate and educate fellows at the recently concluded third Africa School of IG held in Addis, Ethiopia, which culminated in the Africa IGF hosted by the Africa Union and sponsored by ICANN.

While I believe that Africa has not perhaps participated in this process as much as it could have, especially due to the lack of a real thriving Internet economy there have still been considerable contributions. We are continuously encouraged by the numerous questions and comments the community resumes to ask throughout our engagement in the region. This is excellent feedback, especially as we head to Dublin for ICANN54, where we will further deliberate on the numerous comments received during the public comment period. Some of the queries posed include:

I must note the encouraging appreciation of the sustained awareness campaigns by the stakeholders involved. As we come together once again for ICANN's 54th Public Meeting, and with 90% of the work completed, we invite you to join, follow and contribute to the enhanced discussions on this important journey.  We are nearly there. It is a historic moment, and truly a testament to the strength of the multistakeholder model.

Africa must not be left behind in this last mile. We would like to take this opportunity to invite you to the Africa Strategy session scheduled for Tuesday, 20 October 2015 - 11:00 to 12:15, room L4 Foyer IST. Please join – even if remotely. This is our collective opportunity to make a difference for the better. See you in Dublin!