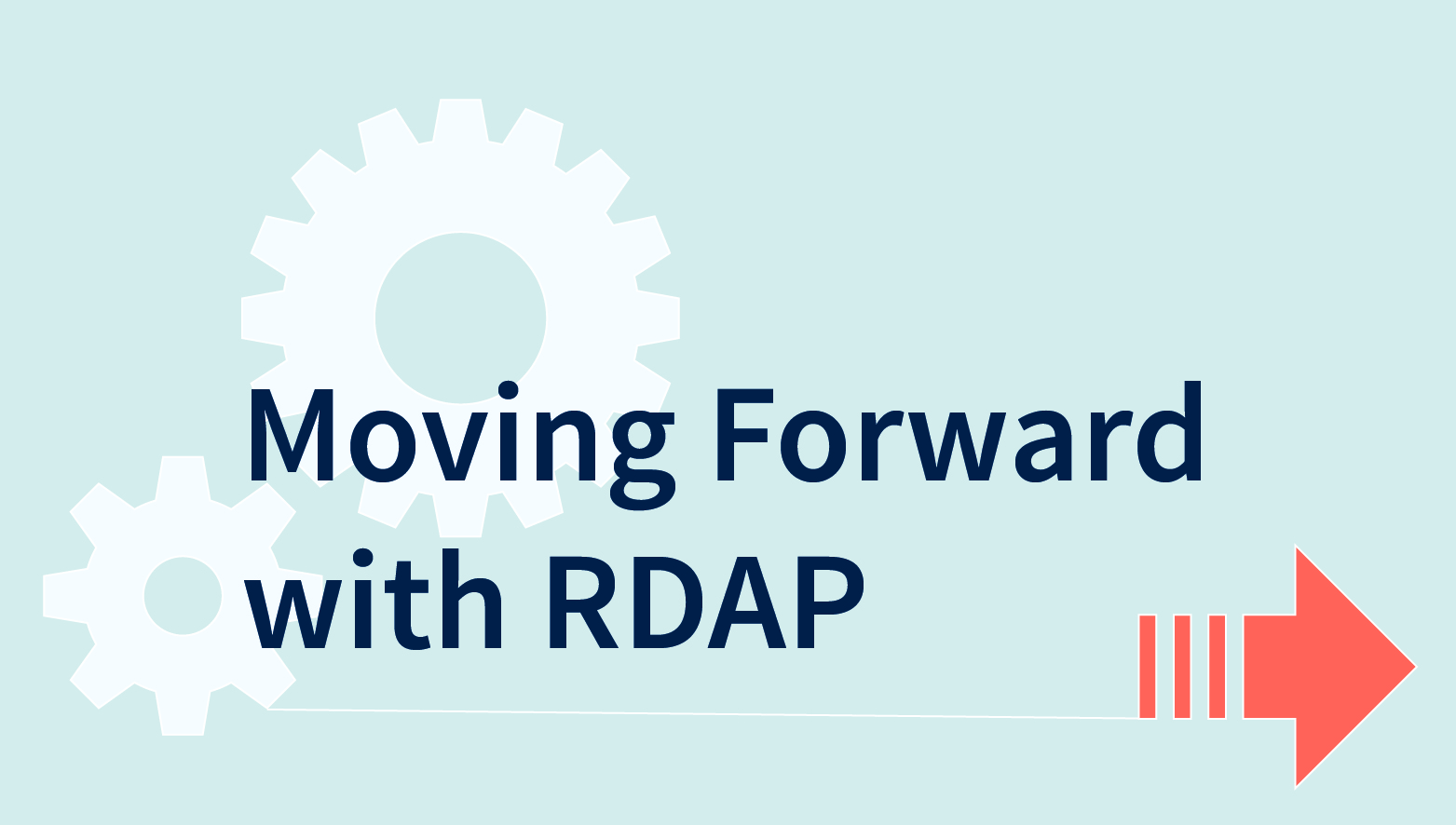 On 31 August 2018 we've posted for Public Comment a set of documents that represent a step forward in the community's work on the Registration Data Access Protocol (RDAP). Developed by the technical community as an eventual replacement for the WHOIS protocol, RDAP enables users to access current registration data. RDAP has several advantages over the current protocol, including support for internationalization, secure access to data, and the ability to provide differentiated access to registration data.

The ICANN organization has worked with the community in a pilot program to develop a baseline profile (or profiles) to help support implementation of this new protocol across registries and registrars. The pilot program began in September 2017 and has resulted in a proposal for gTLD RDAP profile consisting of two documents:

We encourage the community to review and provide comments on these documents, which may be updated using the feedback received prior to final adoption. As you may recall, the Temporary Specification for gTLD Registration Data requires gTLD registries and registrars to implement an RDAP service within a 135-day period after notification from ICANN. Once this occurs, the contracted parties will begin implementing an RDAP service according to the profile, SLA, and reporting requirements. We continue to work with the contracted parties to reach agreement on proposals for gTLD RDAP SLA, and registry reporting requirements. An agreement is expected by mid-September, after which the proposals will be put for public comment.

Participation from RDAP implementers is still welcomed in the pilot program. We anticipate a new phase of work on authentication technologies, allowing users to be validated and issued credentials for querying registration data at registries and registrars. For more information on how to get involved, click here.

In parallel with the pilot program, ICANN has helped prepare for the new protocol with additional resources, such as FAQs and tools including a prototype RDAP web client that supports domain name queries to registries with RDAP servers listed in the IANA's Bootstrap Service Registry for Domain Name Space and/or the RDAP pilot. These resources are available on the updated RDAP webpage.

I would like to thank the pilot program participants for getting us this far in the RDAP process. We look forward to continuing our work with the multistakeholder community as we take next steps.