From 5-6 November 2014, my colleagues Dave Piscitello, Patrick Jones and I travelled to Beirut to engage with local stakeholders. Our first stop was the American University of Science and Technology (AUST), where we conducted a workshop for Lebanese Law Enforcement Agencies on DNS abuse. The participants included the students of AUST along with senior officials from the Cyber Crime Bureau of the Lebanese Armed Forces, Internal Security Forces, and the Lebanese Police Academy.

Over the course of the two-day workshop, participants learned about DNS abuse through real-world examples. The content we presented generated lively interactions, which contributed to an increased understanding and awareness of this very important topic. 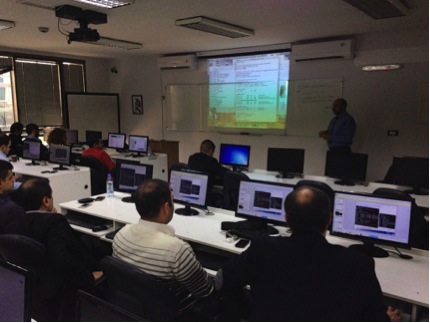 Dave Piscitello during the LEA Workshop

Our second stop was the Lebanese Chamber of Commerce, Industry and Agriculture for Beirut and Mount Lebanon for a meeting with the Lebanese Internet Center (LINC). LINC is the first multistakeholder body to develop Internet-related policies in the Arab world. The goal of this meeting was to provide participants with updates on the IANA Functions Stewardship Transition, the ICANN Accountability processes and the gTLD program. It also allowed us the opportunity to touch on topics concerning digital resilience and cybersecurity.

We received positive feedback, which led to a constructive dialogue on how we can help build awareness in the country and region. Significantly, Nabil Bukhalid, CEO of LINC, stressed that the Lebanese community needs to closely monitor and be engaged with ICANN. We also learned that there was great interest in having ICANN deliver more training programs in the future. 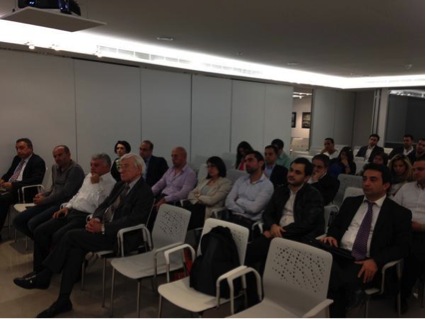 Attendees during the Meeting at LINC Headquarters

At the end of the 2-day event, we were approached by the AUST to sign a MoU for further such training at their facilities. A follow-up request was made later on during the Arab IGF in Beirut.

Given the positive feedback we received from both the workshop and the meeting, and the interest in further training, we look forward to many more opportunities to engage in the MENA region.