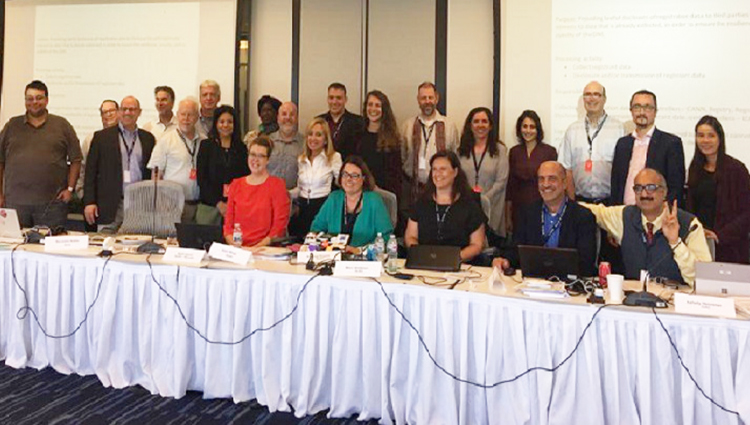 As the Leadership Team of the Expedited Policy Development Process (EPDP) on the Temporary Specification for gTLD Registration Data Team (Team), we are pleased to report that the Team held a productive three-day, face-to-face meeting last week at ICANN's Los Angeles headquarters. We believe that the significant progress made will provide a solid foundation for preparing the EPDP Team Initial Report, which is expected to be published for public comment shortly after ICANN63.

The primary focus of our meeting was to answer specific charter questions related to the lawful purposes for processing gTLD registration (WHOIS) data, as well as those related to the identification of the specific data elements that are collected, disclosed and redacted to third parties.

We began with the goal of defining the set of lawful purposes for processing domain registration data. The Team built upon its previous work identifying potential lawful purposes for processing registration data and the relevant actors associated with each potential purpose (e.g., ICANN, registry operators, registrars). Following a tentative agreement on the draft purposes, the Team engaged in an iterative exercise to discuss the specific data elements associated with each draft purpose.

The Team worked in small groups to identify relevant data elements, as well as answer questions related to the lawfulness of processing. Some of the questions the Team discussed included:

Thanks to the initiative of Team members Thomas Rickert and Farzaneh Badii, we created worksheets that captured the data sets collected, the legal basis for processing data, and GDPR tests for lawful data processing. These worksheets are an important output of the meeting; the content of which will now be considered for inclusion in the Initial Report. In fact, many team members have contributed individual work-product toward the effort.

In an attempt to add new tools to enhance the ICANN process, we engaged CBI, a professional mediation company, to assist over the three-day, face-to-face meeting. We are pleased to report that this proved to be an effective way to progress discussions and we thank the Team members for embracing this experiment. We thank CBI's David Plumb and Gina Bartlett for their professionalism and considerable contribution to the outcomes achieved.

During this extremely constrained timeline, this meeting proved to be an effective use of the Team's limited time. In addition to the work accomplished, the Team engaged in constructive dialogue, reached principled compromises, and created a path forward to address the concerns of all stakeholders through this bottom-up multistakeholder process. With a few small challenges, there remained a strong environment of Team compromise and if this continues, a sound and useful policy will result.

It goes without saying that there is much left to do. While consensus (or something that looks a lot like it) was reached on several issues, there are a number of areas remaining. For example, with regard to third-party disclosure of data, even though there are agreements in principle, there is work yet to be done before we can say we have completed this critical piece.

The next step for the EPDP Team is to follow up on action items, pull together the work products, and begin drafting the Initial Report. The Leadership Team will collaborate with others to develop an effective plan for the ICANN63 meeting in Barcelona, which will include a full-day session on Saturday, 20 October. Those following our work are welcome to attend the High-Interest Topic session on Monday, 22 October, during which the draft Initial Report and recommendations will be discussed.

The transcripts, recordings, and outputs of the EPDP Team's Los Angeles meeting are published on this wiki page.

We welcome the ICANN community to follow the EPDP by subscribing to our weekly update newsletter. All editions can be accessed here.