ICANN's Latin American and the Caribbean (LAC) team is constantly working to increase regional participation and spread awareness about ICANN's role. The following is a recap of our 2015 communications efforts, which were aimed at strengthening ICANN's presence in the region and providing the community with opportunities to engage with us and learn about what we do. 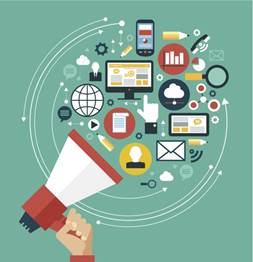 During 2015, we increased our social media presence adding a new Twitter handle in French, which we actively use for LAC and Europe, Middle East and Africa (EMEA) news. Our regional Twitter handles in Spanish and Portuguese are nearing 3500 followers, after gaining over 1000 followers in the past year alone.

We also continued to share relevant videos on our regional YouTube list throughout the year, and have managed to almost double the number of views (1500+ views versus 800 views at the end of 2014).

During 2015, we recorded and published 79 interviews with members of our regional team, which are all available on our scoop.it page, both in Spanish and in Portuguese. These interviews gathered nearly 1000 new visits during the year (2500+ visits since 2013).

#4 Get our latest news

Other important communications efforts are the newsletters that we started in 2014, which are now being distributed to the regional community on a monthly basis. We are proud to say that the translated versions of the newsletters are now being sent simultaneously in the region's four languages – Spanish, Portuguese, English and French. We already have over 1100 subscribers, but we want to keep growing. I highly encourage you to sign up for our newsletter - send me a message at alexandra.dans@icann.org and I'll add you to our subscriber list!

Finally, a new activity that we launched during ICANN53 in Buenos Aires was the recording of short messages from ICANN's LAC team and LAC community members. The goal of these messages was to highlight different regional activities that took place during the meeting. We shared a total of eleven podcasts in English, Spanish, Portuguese and French as a countdown to the event, which were played 778 times. You can listen to these podcasts on ICANN's Soundcloud.

Don't forget to regularly visit our regional community website, icannlac.org, for updates and upcoming activities in your region!

We want to thank you for helping us reach these milestones. We are very proud to see an ever-growing interest in ICANN's LAC community work and communications efforts.

Be sure to stay tuned! Our 2015 LAC Year in Review report will be launched soon, which will include more highlights about our work in Latin America and the Caribbean.

Thanks for making such a cool project. I've been checking the site for the Windows version, but I never left a comment about it. I know you are working hard and doing it for free so you shouldn't feel rushed or anything. I hope you can continue this type of hard work to this site in future also. Because this blog is really very informative and it helps me lot.