The 2014 Nominating Committee (NomCom) is pleased to announce the selection of Wolfgang Kleinwächter as a member to the ICANN Board of Directors.

The position became vacant following the recent resignation of Board member Ms. Olga Madruga-Forti, selected by the 2012 NomCom. Wolfgang Kleinwächter will take up Seat No. 2 on the ICANN Board of Directors immediately and will serve for the remainder of the term vacated by Ms. Madruga-Forti. He previously served on the Board in Seat No. 8 after Judith Vazquez resigned from the Board in 2013. 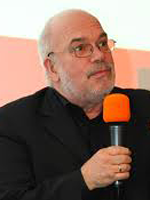 He has studied Communication, International Law and International Relations at the University of Leipzig (B.A. 1971, M.A. 1974, Ph.D. 1981). His Academic Teaching Experiences includes courses and lectures on Internet Governance at numerous universities around the globe, including, inter alia die School of International Services at American University in Washington D.C. and the Faculty of Journalism at Lomonossow University in Moscow.

He is involved in Internet Governance issues since 1997 and has participated – in various capacities – in 45 ICANN meetings. He served five years in the NomCom (2009/2010 as its chair) and was since 2011 a member of theGNSO Council, elected by the Non-Commercial Stakeholder Group (NCSG) where he is a member of the NCUC.

In the WSIS process he was a member of the Civil Society Bureau, co-chaired the Internet Governance Caucus (IGC) and was appointed by UN Secretary General Kofi Annan as for the UN Working Group on Internet Governance (WGIG). In the Tunis Summit he was part of the governmental delegation of Denmark. Between 2006 and 2010 he served as Special Adviser to the Chair of the Internet Governance Forum (IGF), Nitin Desai. In 2011/2012 he was a member of the UNCSTD Working Group on IGF Improvement. In 2012 he joined the German governmental delegation to the World Conference on International Telecommunication (WCIT) and served in the Informal Expert Group of the World Telecommunication Policy Forum in 2013.

He is a co-founder of the European Dialogue on Internet Governance (EURODIG), the Global Internet Governance Academic Network (GIGANET), the Summer School on Internet Governance (SSIG) and chair of the ICANNStudienkreis. He served in the Advisory Board of the dotmobi Registry and became in 2010 an International Adviser to CNNIC. In the EU, he was involved in the Safer Internet Action Plan (SIAP), the Task Force on the Internet of Things and the Inter-Regional Information Society Initiative (IRISI). In the Council of Europe he chaired the Expert Group on Cross Border Internet (2009 – 2011).

For more than 20 years he was a member of the Council of the International Association for Media and Communication Research (IAMCR) and served as the president of the IAMCR Law Section between 1988 and 1998. He was a member of the Program Committee for INET 2002 in Washington D.C. and a Key-Note Speaker, Panelist, Moderator and Rapporteur of numerous international conferences.

His research work includes more than 100 international publications, including 7 books. Since 2011 he is the editor of the publication series MIND (Multistakeholder Internet Dialogue). He also served as member of several advisory boards of scientific journals, including Transnational Data and Communication Report, Computer Law and Security Report, The Journal of Media Law and Practice, Gazette and the Journal for Virtual Reality.

He testified in Hearings in the Deutsche Bundestag and the European Parliament. He is Chair of the Board of Medienstadt Leipzig e.V., a recognized At Large Structure under the ICANN Bylaws and got the "Internet Award" the highest Internet prize in Germany, by the German Internet Economy Association (eco) in 2012.