Biographies of the 2012 NomCom Selected Nominees 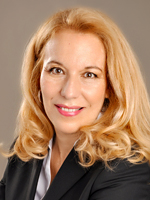 Ms. Olga Madruga-Forti has over 25 years' experience as a senior executive in the telecommunications and satellite industries. Ms. Madruga-Forti is based in Buenos Aires, Argentina where she represents global and regional telecomm companies before the ITU, the Organization of American States and other standards-setting international agencies and trade associations. Ms. Madruga-Forti currently represents ARSAT S.A., an international satellite company based in Buenos Aires, Argentina in all international and regulatory matters. Prior to joining ARSAT, Ms. Madruga-Forti was Vice President, Regulatory and Legal, for Iridium Satellite where she headed the company's global regulatory and market access operations. Prior to joining Iridium, she was Vice President, Legal and Regulatory for Loral CyberStar, a U.S. international satellite company. Before joining Loral, she served nine years at the U.S. FCC as Special Counsel for International Satellite Policy and Chief of the Domestic Services Branch of the Common Carrier Bureau. She has also served as Chair of the Regulatory Working Group of the Organization of American States, Inter-American Telecommunications Commission, Board Member of the London-based Global VSAT Forum, and President of the Regulatory Commission of the International Telecommunications Association of the Americas, Montevideo, Uruguay. In her earlier career, Ms. Madruga-Forti was an associate with the Washington law firm of Scott, Mcleod, Pires & Price, and an Assistant County Attorney for The Dade County Attorney's Office in Miami, Florida. 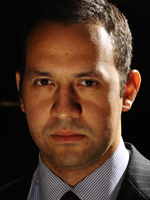 Gonzalo Navarro is a Chilean national and part of the legal team of Figueroa, Valenzuela & Cia. Previously, he was the Chief of Staff, National Institute of Industrial Property of Chile. At thirty-three years old, Gonzalo was the youngest Director ever appointed to the ICANN Board. However, Gonzalo has already served over six years on the Government Advisory Committee, representing Chile, with significant experience in international trade negotiations and also Internet governance.

Gonzalo's education includes qualifications in informatics and telecommunications law from the Universidad de Chile and a Masters in Law (LLM) from Columbia University, New York. From 2001 to 2007, Gonzalo served as Senior Adviser on International Affairs, Undersecretary of Telecommunications of Chile. In this role, Gonzalo represented Chile on the Government Advisory Committee of ICANN for over six years. He also advised the Chilean government on the implementation of public policies derived from international processes, negotiated and drafted telecommunications chapters in several Free Trade Agreements (including US-Chile FTA and China-Chile FTA) and acted as permanent representative of Chile at the International Telecommunications Union (ITU), the World Summit on the Information Society (WSIS), Internet Governance Forum, CITEL and APEC TEL. 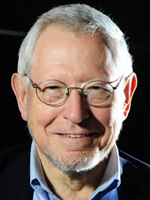 George Sadowsky studied and taught mathematics at Harvard and received his Ph.D. in Economics from Yale. He worked as a mathematician and programmer, and headed computing centers at the Brookings Institution, Northwestern University and New York University. At the United Nations, he supported technical assistance projects and has worked in more than 50 developing countries. He has been a consultant to inter alia, the U.S. Treasury, UNDP, USAID, W3C, the Swiss Government, and the World Bank. He has served on Boards of AppliedTheory Corporation, educational networks CREN and NYSERNet, and the Internet Society where he directed ISOC's Developing Country Network Training Workshops. More recently he was Executive Director of GIPI, the Global Internet Policy Initiative. He has written and lectured extensively on ICT and development. He recently completed writing and editing a book for the Web Foundation and the Rockefeller Foundation, 'Accelerating Development Using the Web: Empowering Poor and Marginalized Populations,' which is available at http://public.webfoundation.org/publications/accelerating-development/. 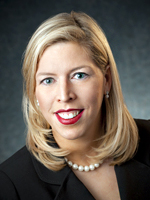 Jennifer Wolfe is the Managing Partner of WolfeSBMC, an intellectual property, corporate counsel and innovation firm and Managing Director of Wolfe Domain, a newly launched global digital brand strategy advisory firm working with clients in the new gTLD landscape. Wolfe started her law firm at the age of 28 and has grown it into a multi-million dollar enterprise with offices in Cincinnati, New York City and Spokane. The firm represents clients such as Microsoft, Procter & Gamble, Kraft Foods, Scripps Networks Interactive, Duke Energy, other Fortune 500 companies, as well as emerging growth companies in the technology, media and entertainment, retail and consumer products industries. Jennifer has built a reputation for creative thinking and problem solving as part of a team. Nationally accredited in public relations, a certified Six Sigma Black Belt and a successful entrepreneur, Wolfe brings a unique perspective to legal counsel, management consulting and digital strategy. She has invested in and served on the boards of numerous start-up companies and currently serves on the Board of Directors of Pub Group Investments, a company which owns and is developing chains of upscale restaurants in destination locations.

Wolfe is a thought leader in digital strategy and intellectual property strategy, particularly navigating the next generation of the Internet. She provides consulting on best practices in innovation, commercialization and process improvement for global clients. Wolfe recently co-authored a book, Brand Rewired, on innovation, branding and intellectual property strategy published by John Wiley & Sons, Inc. The book reached #35 in best-selling product management books. Her second book, Domain Names Rewired will be released in the fall, 2012. In researching and writing both books, she interviewed leaders from top brands to predict important trends in branding, innovation and digital strategy. Wolfe works with clients in streamlining the innovation or R&D process to more effectively create valuable intellectual assets. She helps clients understand how to turn ideas into something of value. She also consults in best practices in cross-pollinating innovation into powerful brands and making the business case for cross-licensing or joint development for effective commercialization of technologies. She has twice been named to the top global intellectual property strategists by IAM Magazine based in London, UK.

Wolfe served two times as President of the Greater Cincinnati Venture Capital Association where she worked with emerging companies to build commercialization strategies and find potential investors and license partners. She served on the Board of Trustees of the American Red Cross Cincinnati Chapter and on the Board of the Greater Cincinnati & Northern Kentucky Film Commission. She was recently named Woman of the Year by The Leukemia & Lymphoma Society.

Wolfe is a regular columnist and has been published or featured in Executive Counsel, CIO Magazine, BusinessWeek, Inside Counsel, NPR, IP Frontline, E-Week, Pink Magazine, USA Today and more. She has won numerous regional awards, and was most recently named a finalist for Inside Counsel's 2011 National Transformative Leadership Award. 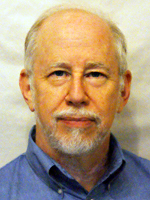 Alan Greenberg has forty-five years of experience with computing and networking technologies. For much of his career, he worked for McGill University in Montreal, Canada. Over the years, this included software design and development, education technology support, management and policy development. He was one of a handful of people who brought the Internet and its predecessor networks to Canada and worked on a variety of Canadian and international networking initiatives. He has taught courses in computer architecture and design, as well as managed Internet Society (ISOC) workshops which taught personnel from 150 developing countries how to build, support, manage and use the Internet in their countries.

Alan was appointed to the ALAC by the Nominating Committee 2006-2010 and has served as the ALAC Liaison to the GNSO since 2006. While serving in these roles, he spearheaded ICANN policy development initiatives related to gTLD domain name registration and protecting registrant rights.

Alan holds a BSc degree in Mathematics and Physics, and an MSc in Computer Science, both from McGill University. 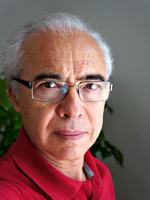 Recent responsibilities: Special Advisor to the Board, Neumünster Cultural Centre (2009-10); Chairman of the Advisory Board, Institut Pierre Werner (2007~2009); tutor at ENA (Ecole nationale d'administration in Strasbourg, 2007~2008). 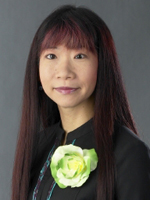 Mary Wong is a Professor of Law at the University of New Hampshire School of Law, and the Director of its Franklin Pierce Center for Intellectual Property. She is also the current chair of the school's Graduate Intellectual Property Programs. Mary has served two terms as an elected member of the Council of the Generic Names Supporting Organizations at the Internet Corporation for Assigned Names & Numbers (ICANN), representing ICANN's Non-Commercial Stakeholder Group in policy development for the Internet domain name system. She was the Vice-Chair of the Council from 2010-2011 and is a past Chair of the International Copyright Treaties & Laws Committee in the American Bar Association's (ABA) Intellectual Property Law Section, which has over 30,000 members. Mary is currently also an Associate Fellow at the IP Academy of Singapore.

Mary joined UNH Law (then the Franklin Pierce Law Center) in 2005 from the Singapore Management University, where she was an Associate Professor of Law. From 1998 to 2003 she was Special Counsel to Morrison & Foerster LLP, resident primarily in its New York office, where she counseled American, European and Asian clients on a wide range of technology transactions, and provided advice on international and comparative legal developments in intellectual property and cyber-law. She has also been associated with the firm's Brussels and Singapore offices. Mary was previously a Senior Lecturer at the Faculty of Law of the National University of Singapore and has served on the ABA's Copyright Reform Task Force and the inaugural Editorial Board for "Landslide", the ABA IP Section's flagship publication.

Mary's research interests center on the legal and policy challenges presented by digital technology and the Internet, in particular as they affect the international intellectual property rights framework. At UNH Law, she teaches courses on copyright law, licensing and intellectual property issues in the information society. Mary holds an LL.B from the National University of Singapore and an LL.M from the University of Cambridge, and is admitted to practice before the Supreme Court of Singapore.