The End of Domain Tasting | Status Report on AGP Measures

In response to community concerns about the excessive use and abuse of the five-day AGP (Add Grace Period), ICANN implemented two measures to address these problems that have resulted in a 99.7% decrease in AGP deletes from June 2008 to April 2009. AGP is the five-day period following the initial registration of a domain name. Currently, when someone registers a domain name through a registrar, the name may be deleted at any time during the first five calendar days of the registration (the AGP) and the registrar receives full credit, which is passed on to the registrant, for the registration fee from the registry. This report summarizes the two measures, the AGP Budget Provision (the “Provision”) and the AGP Limits Policy (the “Policy”), and provides statistical information on AGP delete activity for all TLDs that offer this grace period to their customers. Exhibit 1 reflects the AGP delete trend across all TLDs and Exhibit 2 provides TLD-specific AGP delete activity.

In June 2008, the ICANN Board approved the FY2009 Budget that contained the Provision on AGP deletes. The Provision was that domain names deleted during the AGP would be included as transactions if they exceeded the maximum of (i) 10 percent of that registrar's net new registrations in that month, or (ii) fifty (50) domain names, whichever is greater. Therefore the cost to the registrar for each AGP delete that exceeded the defined threshold was US$0.20. The Provision was adopted as a short-term solution (1 July 2008 to 30 June 2009) undertaken in response to community comment as the Policy Development Process (PDP) on Domain Tasting occurred and was implemented.

The AGP Limits Policy (see, http://www.icann.org/en/tlds/agp-policy-17dec08-en.htm), is the result of the GNSO PDP on Domain Tasting. This process concluded on 17 April 2008, with approval “by super majority vote a motion to discourage use of the “add grace period” (AGP), where domains can be returned within five days without cost, for domain tasting.” 1 The GNSO motion and its recommendations were adopted by the ICANN Board on 26 June 2008.

The Policy has the same thresholds as the Provision, but results in a higher cost for each excessive AGP delete. The Provision resulted in a cost to registrars of US$0.20 per AGP delete above the threshold and the Policy US$6.75 (i.e., the cost of a current .ORG domain) or higher depending on the domain registration fee charged by the registry to the registrar. The Policy also provides for a registrar to seek an exemption from the penalty upon the documented showing of extraordinary circumstances. Details of the exemption process can be found in the Policy’s implementation notes.

All TLD operators that are required to comply with the Policy have done so as verified by ICANN’s contractual compliance findings, and details of their implementation are provided in Exhibit 4. For TLD operators that implemented the Policy by 1 April 2009 and have submitted their monthly registry report for that period, their report now contains the following additional reporting elements:

ICANN will continue to issue status reports to the community based on the information provided in registry monthly reports that are available at http://www.icann.org/en/tlds/monthly-reports/. Registry and registrar specific information cannot be provided to the public until three months after the latest applicable reporting period. 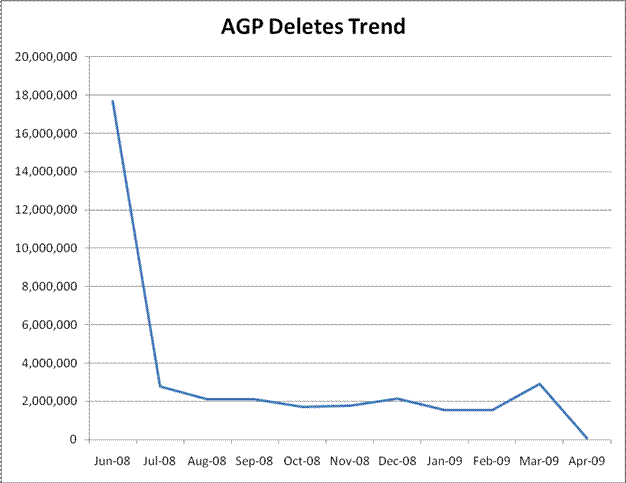 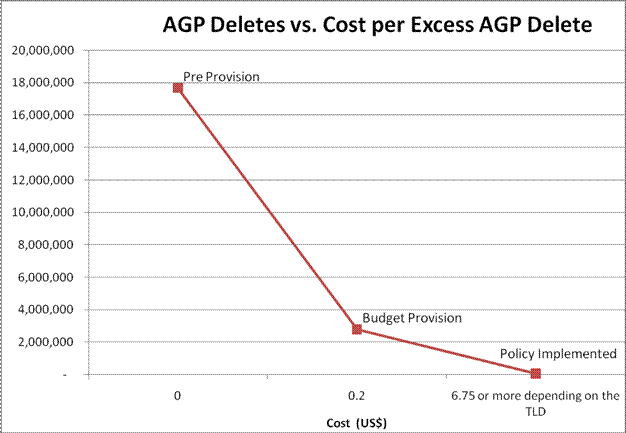 
1 This information from the 25 April 2008 GNSO Council Report to the Board is viewable at http://gnso.icann.org/issues/domain-tasting/domain-tasting-board-report-gnso-council-25apr08.pdf.