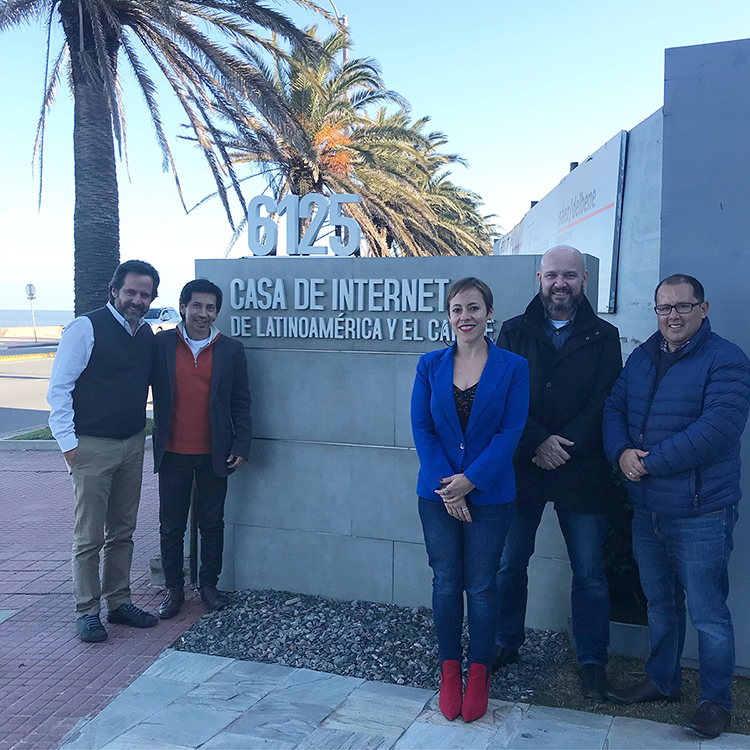 As Project Manager of the Latin America and Caribbean Strategy, it is a joy to see projects become a reality. One of these projects began last year when LACRALO leadership members Humberto Carrasco and Maritza Aguero wanted to increase the Latin American community's participation in the PDP Webinars. To reach this goal, they decided to create "contest and awards," a project designed to support and incentivize the participation of regional stakeholders in ICANN's ecosystem by awarding a prize – a trip to one of the regional offices – to the person who participated in the most webinars that year.

The winner of the award was Harold Arcos from Venezuela. Those who know Harold can confirm that he is very active in the ICANN community, where he is currently a member of the new gTLD Subsequent Procedures PDP and where he recently concluded his time in ALAC to become the new LACRALO secretary.

Harold's experience at Casa de Internet was important because he saw first-hand the amount of work that these organizations put into ensuring that the Internet is secure, stable, and interoperable. He also had the opportunity to interact with different community members and discuss relevant topics related to the Internet ecosystem.