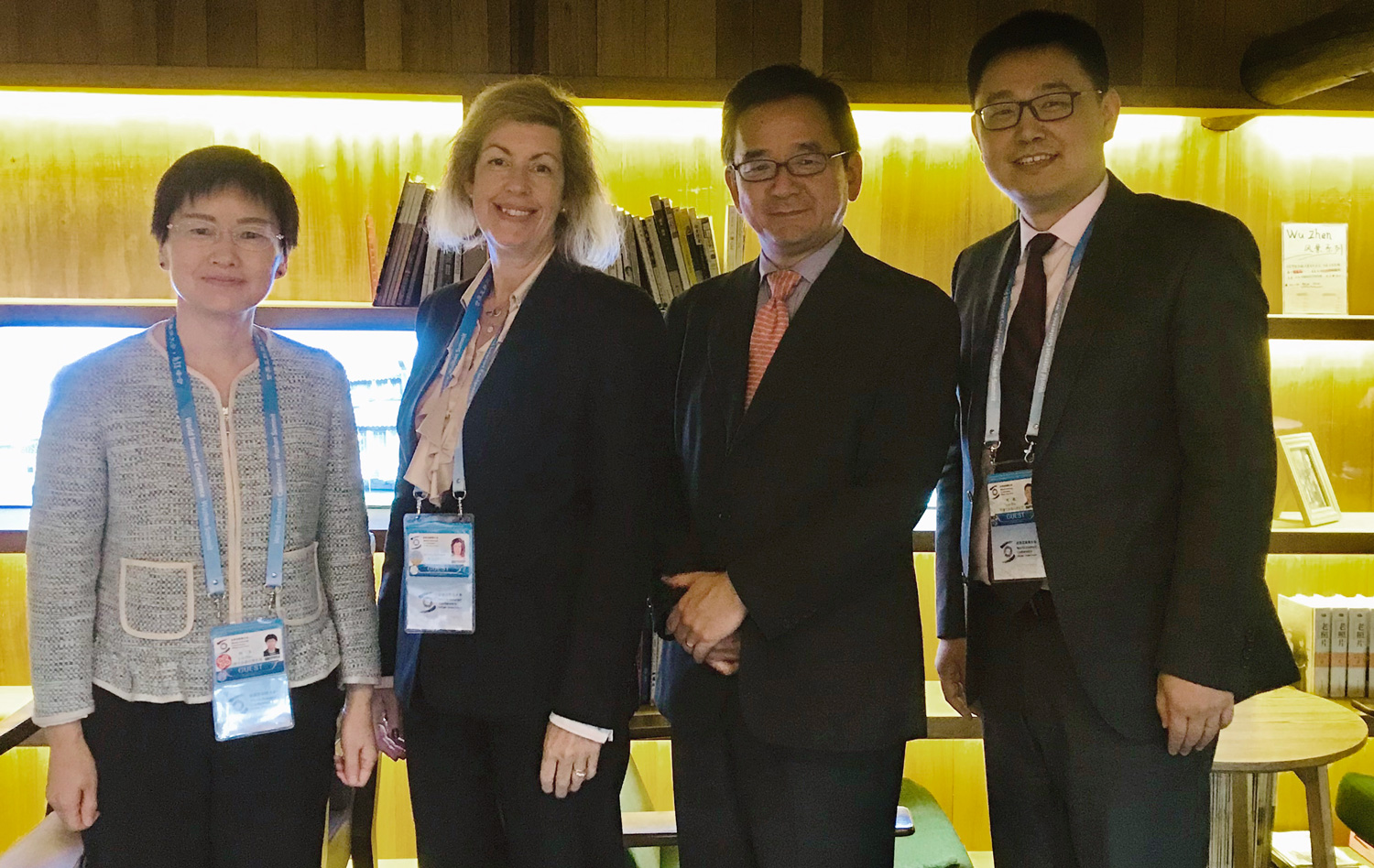 After wrapping up our work for ICANN63 in Barcelona, Spain, I visited Shanghai and Wuzhen for what has become my yearly China engagement trip. From 5-9 November, I met with a wide range of community members in both locations, and also attended the fifth World Internet Conference, which was held in Wuzhen.

With over 800 million Internet users, China is home to the most significant new generic top-level domain (gTLDs) and Internationalized Domain Names (IDN) market in the world. Over the past few years, participation by Chinese community members in ICANN has grown, and we are also seeing them take up leadership positions in the ICANN community.

Shanghai
During my trip to Shanghai, I was accompanied by Jian-Chuan Zhang, ICANN’s Head of China. I met with a registry operator, two registrars, as well as the Shanghai Institute of International Studies, which is a leading think tank based there. I learned quite a bit about China's domain name market, which has a lot of potential, particularly in the area of IDNs. The Chinese TLD market is one that could drive innovation, which is one of the goals of the new gTLD Program.

While at the Shanghai Institute of International Studies, we exchanged views about Internet governance, and agreed that academia plays a critical role in educating the public and policymakers about how the Internet really works. There is a strong academic community in China, and our APAC regional office will continue to explore new ways to ensure that academia is more aware of and involved in ICANN discussions.

Wuzhen
In Wuzhen, we were joined by Akinori Maemura, an ICANN Board member from the Asia Pacific region. We spoke at different sessions, highlighting key messages such as the strength of ICANN's multistakeholder model; the importance of maintaining a single, secure, and stable Internet; and why it’s critical that we continue to advance and promote both IDNs and Universal Acceptance (UA), as they will be key to bringing the next billion Internet users online.

We also took the opportunity to meet with some of our key stakeholders and partners in China, such as the Chinese government, the Chinese Academy of Information and Communication Technology (CAICT), the China Internet Network Information Center (CNNIC), and Wuhan University. We are working on strengthening our collaboration in technical areas and contributing to a more stable, secure, and resilient unique identifier ecosystem in China – an objective led by ICANN Chief Technology Officer (CTO) David Conrad during his visit to China earlier this year.

Overall, I learned a lot during my trip, and also received a lot of constructive feedback, which will help us further evolve our engagement strategy both for China and the APAC region as a whole. I hope to have more opportunities to be in the region, and to have more deep, meaningful interactions with APAC community members in the near future.