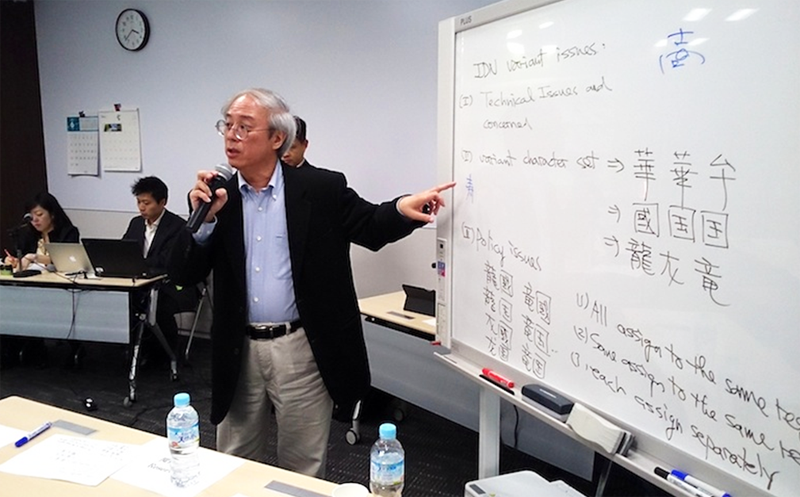 Internet addresses are becoming truly multilingual. Over the past years, ICANN and community stakeholders have worked together to enable the support of Internationalized Domain Name (IDN), in an effort to have website addresses in native languages. As part of our active engagement efforts, the APAC and IDN team held a workshop in Japan to share and seek feedback on ICANN's work on the development of IDN.

Firstly, a quick word on the very interesting Japanese writing system. It comprises four scripts: hiragana, katakana, kanji (Chinese characters), and ASCII characters. The kanji (Chinese) characters are similar to that used in countries such as China, Singapore and Korea. Well, almost – the use of the Chinese characters in fact occasionally differs from country to country; and the very characters (pictographs) may also be written differently depending on where you are! It is therefore important for the relevant language communities to coordinate and discuss the handling of common and similar characters.

Raising awareness and getting into action in Japan

So on May 8, the team led by ICANN Board member Kuo Wei Wu, conducted a workshop in Tokyo. It was well attended with over 20 participants from the Japanese Internet community, including registries, registrars, businesses, academics, as well as government. Even though the workshop was held immediately after the Japanese Golden Week holidays, the room was filled and the Japanese key stakeholders engaged in a lively discussion on the future of IDN in Japan. We're also very pleased that during the workshop, Japan Registry Services (JPRS) expressed its intention to assist with the formation of a Japanese Generation Panel, and agreed to lead local discussions on resolving IDN issues.

This is a significant step forward for the development of IDN within the Japanese community, and a boost to the coordination and integration required for IDN variants in the region. As next steps, the ICANN team will work closely with the Japanese community, including JPRS, on the formation of a Japanese Generation Panel, and to facilitate discussions with the Integration Panel.

Do keep a look out for our update during the London meeting, as we continue to coordinate and maintain the unique identifiers, so that we can continue to have one global, and multilingual, Internet.

Kelvin Wong is Head of Outreach and Public Responsibilities for ICANN's APAC region.