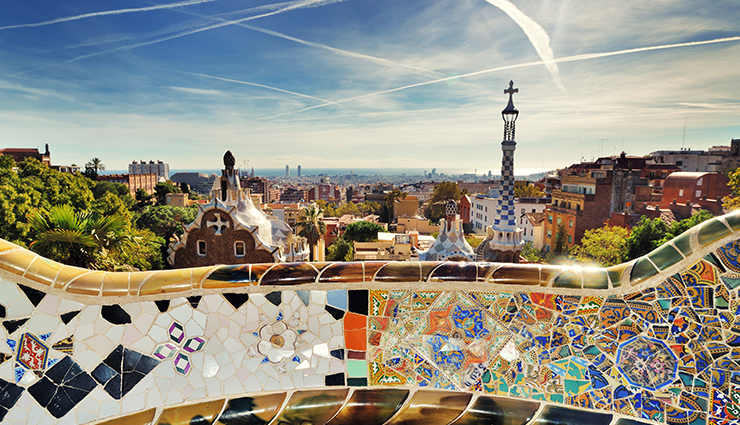 2. The Sagrada Família, Barcelona’s landmark cathedral designed by famous Barcelona architect Antoni Gaudí (1853-1926), has taken longer to complete than Egypt’s great pyramids. The construction of La Sagrada Família has been in progress for nearly 200 years and has a tentative completion date of 2026.

3. A major urban remodeling program undertaken before the 1992 Olympic Games in Barcelona targeted the coastal area for revitalization. The city’s beaches are now popular with both local residents and tourists.

4. The Eiffel Tower, designed by French engineer Gustave Eiffel, was originally supposed to be built in Barcelona, but the city rejected the plans for aesthetic reasons.

6. Barcelona is the only city in the world awarded the Royal Gold Medal for architecture by the Royal Institute of British Architects. The highly prestigious award is normally only given to individuals.

7. Catalonia is a major destination for food lovers. Some of the most distinctive regional dishes are fuetsand butifarras (pork sausages), pa amb tomàquet (toasted bread scrubbed with ripe fresh tomato, garlic, salt, and olive oil), and calçot onions (a type of scallion grown in the Catalonian hills and served charred with romesco sauce of nuts and red peppers). The International Institute of Gastronomy, Culture, Arts and Tourism (IGCAT) named Catalonia its European Region of Gastronomy in 2016.

8. Catalonia is Spain’s most visited region. In 2017, more than 32 million tourists visited Barcelona – that’s more than 20 times the resident population.

9. La Rambla, one of Barcelona’s most famous tourist attractions, is a pedestrian street through central Barcelona featuring historic theaters, markets, and cafes. Laid out in 1766, it follows the contours of the medieval city walls that marked the boundary of Barcelona since the 13th century.

10. Romans set up a colony called Barcino at the end of the 1st century BC in what would become Barcelona city. Some of the remains of the original city defenses can still be seen today in the Barcelona’s old town.