Canada’s Contribution to the Growth of the ICANN Community 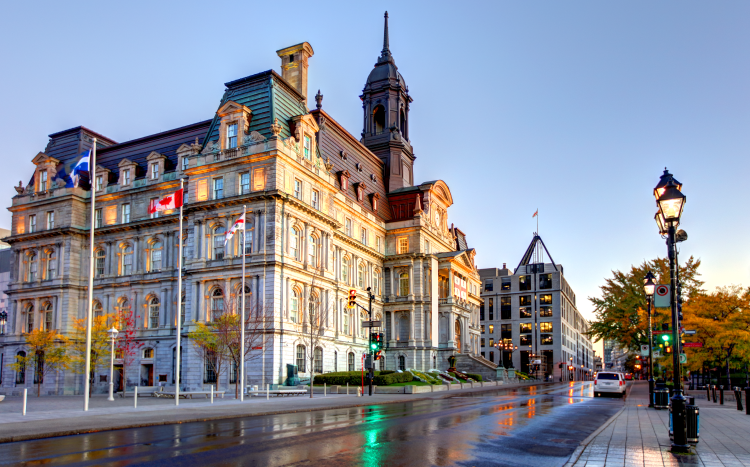 Canada has been instrumental in the development of the ICANN community. It is home to one of the first country code top-level domains (ccTLDs) and was one of the first members of the Governmental Advisory Committee (GAC). As the home country of ICANN66, this is the perfect time to reflect on the history of Canada’s commitment to ICANN and the multistakeholder model.

The University of Southern California’s Information Sciences Institute approved a request for the initial delegation of the .ca ccTLD in May 1987. Jon Postel assigned the .ca domain to John Demco of the University of British Columbia (UBC). At that time, domain names were assigned and registered by a group of volunteers in the Department of Computer Science at UBC. The .ca top-level domain was administered by Demco and his team from 1987 to 1998.

In December 1998, the Canadian Internet Registration Authority (CIRA) was incorporated and became the official .ca registry in December 2000. Bernard Turcotte was the first President and CEO of CIRA and he remains involved with the ICANN community in the Country Code Names Supporting Organization (ccNSO). Today, Byron Holland is the President and CEO of CIRA and current Vice Chair of the ccNSO.

Canada was very involved in setting up the GAC and was one of the first governments to join during the inaugural meeting in Singapore in 1999. Len St. Aubin from the Department of Innovation, Science and Economic Development Canada served the first Vice-Chair of GAC, appointed in 2001. Bill Grahamrepresented Canada at the GAC in 2007 and later served as an ICANN Board member. Heather Drydenserved as GAC Chair and as the GAC’s liaison to the ICANN Board from 2010 to 2014. Luisa Paez is Canada’s current GAC representative and is serving as a Vice-Chair.

Currently there are ten Canadian At-Large Structures in the North American Regional At-Large Organization (NARALO). Alan Greenberg is an active NARALO member who has served in a number of key roles in ICANN, including as the At-Large Advisory Committee (ALAC) Chair and ALAC Liaison to the Generic Names Supporting Organization (GNSO). Greenberg was the Director of Computing and Telecommunications at Montréal’s McGill University from 1976 to 1999.

Stephanie Perrin is a current member of the GNSO Council and a member of the Experts Working Group. She is also an Advisory Board member for the Electronic Privacy Information Center (EPIC) and won the Electronic Frontier Foundation Pioneer Award in 2000 for international leadership in privacy and cryptography.

The ICANN community met in Montréal once before, for ICANN17 in June 2003. Two other ICANN meetings have been held in Canada: ICANN24 in Vancouver (November 2005) and ICANN45 in Toronto (October 2012). The 2018 GDD Summit was held just outside of Vancouver in Richmond, Canada.

Canada was also the site for an important milestone in the Internet’s development. In October 1998, Canada hosted the first international ministerial meeting of the Organization for Economic Co-operation and Development (OECD) on the digital economy. It was clear at the time that e-commerce had potential, but it was also clear that rules were needed to aid cooperation. At the Ottawa Conference, leaders from national governments, the heads of major international organizations, and industry leaders came together and helped form the basis for governance around e-commerce.

Robert Hall sat on the Canadian Government’s E-commerce and Domain Name Taskforce and presented a report on domain names at the Ottawa Conference meetings. Hall also participated in the International Forum on the White Paper, which led to the founding of ICANN in 1998. He served on ICANN’s Nominating Committee from 2008-2012.

Since launching the ICANN Fellowship and NextGen@ICANN programs to encourage the next generation of Internet citizens to build their community, three Fellows and three NextGenners have been from Canada. The robust participation by Canadians in ICANN has made a lasting contribution to building a stable, secure, and unified global Internet.