The 2013 Nominating Committee (NomCom) is pleased to announce the selection of Jordi Iparraguirre as a member to the ccNSO Council.

The position became vacant following the recent resignation of council member Mary Wong, selected by the 2012 NomCom. Jordi Iparraguirre will take up his position with the ccNSO Council immediately and will serve for the remainder of the term vacated by Ms. Wong, ending at the conclusion of the 2015 ICANN Annual General Meeting. 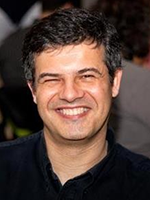 Since he started in France in 1993, Jordi worked at Hewlett Packard until 2006 in different countries and positions, from technical to management. In his last role at HP his team was responsible and succeeded to redefine and migrate all technical and support training content and delivery on HP's Commercial products from face to face into eLearning.

From 2006 to 2013 at the .cat gTLD, he first was its Operations manager during .cat Sunrise, then its director/CEO until January 2013. Under his leadership .cat won an ever increasing market share, a solid reputation amongst the Catalan and also ICANN's communities, being repeatedly praised as a success case and an example for the new gTLDs to come.

During his tenure .cat has been totally self-funded and profitable year after year since day one. On the technical side .cat offered IDN and IPv6 at its Sunrise and was DNSSEC ready in March 2010. The .cat Registry managed to negotiate amendments to its ICANN contract to hide Whois' individual user's public data, and to to become a registrar. The Registry also presented 3 new gTLD candidatures.

Member of the Internet Society (ISOC) since 1996, he is currently President of ISOC-CAT (ISOC's Catalan Chapter) since November 2012 and its representative in ICANN's EURALO (European At-Large Organization).

As member of the Board of the Catalan professional association of Computer Science Engineers he has participated in the drafting of the Catalan Digital Agenda.

He is currently working on bringing Information and Communication Technologies (ICT) to children and persons with autism, popularizing why privacy matters and how to reduce and control our digital footprint, and advising and offering Business Intelligence services to TLDs.