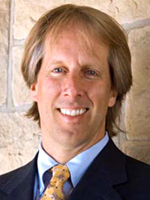 Internet founders and leaders are joining industry executives and government officials in praising the selection of Rod Beckstrom as the new Chief Executive Officer and President of the Internet Corporation for Assigned Names and Numbers (ICANN).

"Rod Beckstrom has exactly the sort of strong personal and technical background that ICANN needs, as we enter a period of unprecedented growth and change for the Internet," said ICANN's Board Chairman Peter Dengate Thrush, in announcing the appointment. "In addition to his cyber security expertise, he's been a successful CEO of a global enterprise, done NGO work and volunteer work and a bestselling author. It's an extreme understatement to say we are enthused."

Beckstrom is the former Director of the U.S. National Cybersecurity Center (NCSC), where he formed an effective working group of leaders from the nation's top six cybersecurity centers spanning the civilian, military and intelligence communities.

The announcement of Beckstrom's selection as CEO occurred at the conclusion of ICANN's 35th international meeting in Sydney, Australia.

"The importance of the Internet as a free flowing source of information is being underscored right now by the events in Iran," said Beckstrom. "It shows the power of human expression through a free and open Net."

Beckstrom's international perspectives and expertise in organizational analysis frame much of the praise surrounding his appointment as ICANN CEO:

Beckstrom has been an active participant in the non-profit arena, serving on the board of trustees of the Environmental Defense Fund and the Jamii Bora Trust, a micro-lending group based in Nairobi, Kenya with more than 210,000 members.

A co-author of four books, Beckstrom's most recent, The Starfish and the Spider: The Unstoppable Power of Leaderless Organizations, details how diverse and untraditional organizations, can become virtually selfperpetuating, regardless of the status of their respective leadership.

"The Internet has changed the way the world communicates and conducts commerce," said Beckstrom. "And in no small way, this multi-stakeholder, bottom-up organization has been and will continue to be at the core of the Internet's on-going evolution. Quite simply, the proof that ICANN works, is that the Internet works."

To reach another person on the Internet you have to type an address into your computer - a name or a number. That address has to be unique so computers know where to find each other. ICANN coordinates these unique identifiers across the world. Without that coordination we wouldn't have one global Internet. ICANN was formed in 1998. It is a not-for-profit public-benefit corporation with participants from all over the world dedicated to keeping the Internet secure, stable and interoperable. It promotes competition and develops policy on the Internet's unique identifiers. ICANN doesn't control content on the Internet. It cannot stop spam and it doesn't deal with access to the Internet. But through its coordination role of the Internet's naming system, it does have an important impact on the expansion and evolution of the Internet. For more information please visit: www.icann.org.